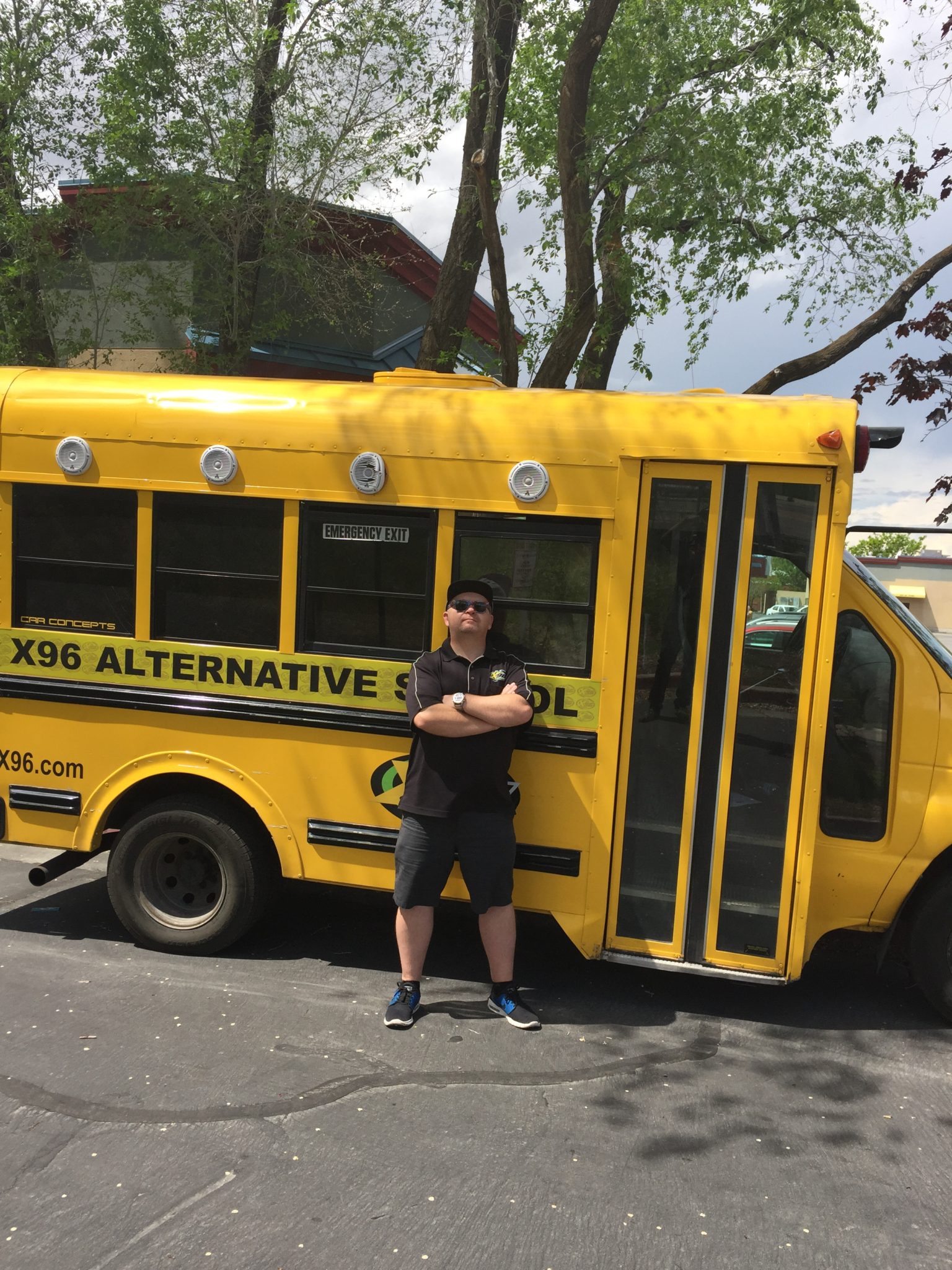 Recently, there has been some concern from a few individuals regarding the X96 promotional vehicle known as the X96 Short Bus. We have been told that we are somehow being insensitive and that we are allegedly mocking families and individuals with disabilities. It has been implied, through these social media posts, that we don’t know what it is like to have a family member or loved one with a disability.

These are serious allegations, and I’d like to set the record straight.

First of all the vehicle is simply that: a short-length bus. We briefly entertained the idea of a full-size bus, but it would have been impractical for a number of reasons. A minibus serves our needs perfectly.

Secondly, this style of vehicle is utilized by all sorts of transportation companies, schools, and even churches. We like it as a unique promotional vehicle for our radio station.

Suggesting that we are in some way mocking anyone with special needs couldn’t be further from the truth. Perhaps you just don’t know who we are and what we stand for. We have been involved in numerous events to help out all walks of life and all members of the community. This involves a wide range of charities that benefit all local citizens. To infer that we are callously mocking anyone with a disability would make us inarguably despicable.

There are a few things about us that I want you to know.

I personally know exactly what it is like to have a family member with a disability. I spent many an early morning helping my youngest brother get ready for school so that he could catch the school bus that took him to a special needs education center. (Interestingly, this was a full-size school bus.) If you ask him what he thinks of the vehicle, he’ll tell you, in no uncertain terms, that it is awesome. I am as close to this issue as anyone. And I would never participate in something that mocks children with special needs. I know that I’m not the only member of our company with firsthand experience dealing with this.

There is a gentleman in the radio station’s neighborhood with cerebral palsy and we have pretty much adopted him as a member of our air staff. Our listeners know him as “Dave the flower guy,” because he is self-employed and runs a business that sells flowers and provides yard care. He is a regular guest on our morning show and gets to select the weekly winner of a news feature that highlights bad human behavior. On multiple occasions we have asked our listeners to rally and donate funds to help him replace his equipment. He participates with us in the various parades and we encourage listeners to do business with him. Dave is our friend and we love him.

We know that, unfortunately, there are people who use short bus in a derogative way. That is not our intent, nor has it ever been our intent. I want to share a moment that happened several years ago when we first got the bus. I was doing a remote broadcast, and a mother showed up with her son who was in a wheelchair. I think he must have been about twelve or so. He wanted more than anything to have his photo taken with the X96 Short Bus, and we were more than happy to oblige. Afterward, his mom pulled me aside. She had tears in her eyes as she told me that some of the kids in the neighborhood had been teasing her son because he rode a different bus to school than they did. She said they called it a “short bus” even though it was a regular school bus with a wheelchair lift in the back. She said that it made her son’s day when he found out his favorite radio station thought a short bus was cool enough to use as a station vehicle. I suppose, in his eyes, we were a pretty cool radio station. She thanked me repeatedly for letting him get a photo with it. She told me it was the coolest thing we could have ever done. This was in the days before Facebook, and I wish I had the photo to share with you. It was amazing.

We would never stand for mocking anyone with disabilities. That is not who we are.

This may or may not change how you feel about our promotional vehicle. Our mission is not to insult anyone with disabilities. We think our short bus is pretty cool, and if you don’t believe me, ask my handicapped brother, Dave the flower guy, or the kid who wanted his photo taken with it.

Just Say No To Prom
Boner Candidates for Wednesday, May 6 2015
To Top