Boner Candidate #1: HE RACK CAVES IN TO BIDDY NATION

Ana Davis never imagined breast-feeding her 1-month-old daughter, Mia, would end up offending someone. “She was crying. She was ready to have her meal,” Davis said of the incident earlier this month. She decided to step off the store floor at Nordstrom Rack and find some privacy. “So I went to the restroom and found an open chair,” Davis said. “Several people walked in and out of the restroom during that time, and within a few minutes, we were approached by a Nordstrom employee that said a complaint had been made, that someone was feeling uncomfortable to do their business while there was a nursing mother in the restroom.” Davis said the employee asked her to leave the bathroom and finish feeding her baby in a fitting room.

Our Tweeter in Chief Donald Trump, is known for playing fast and loose with facts, but you’d think a birthday message to his wife would be a nice softball. He can garner a few awws and then move on. On Wednesday, Melania Trump celebrated her birthday. And like most loved ones do on their spouse’s birthday, Donald Trump took to Twitter to send his best wishes to his wife.

HAPPY BIRTHDAY to our @FLOTUS, Melania! 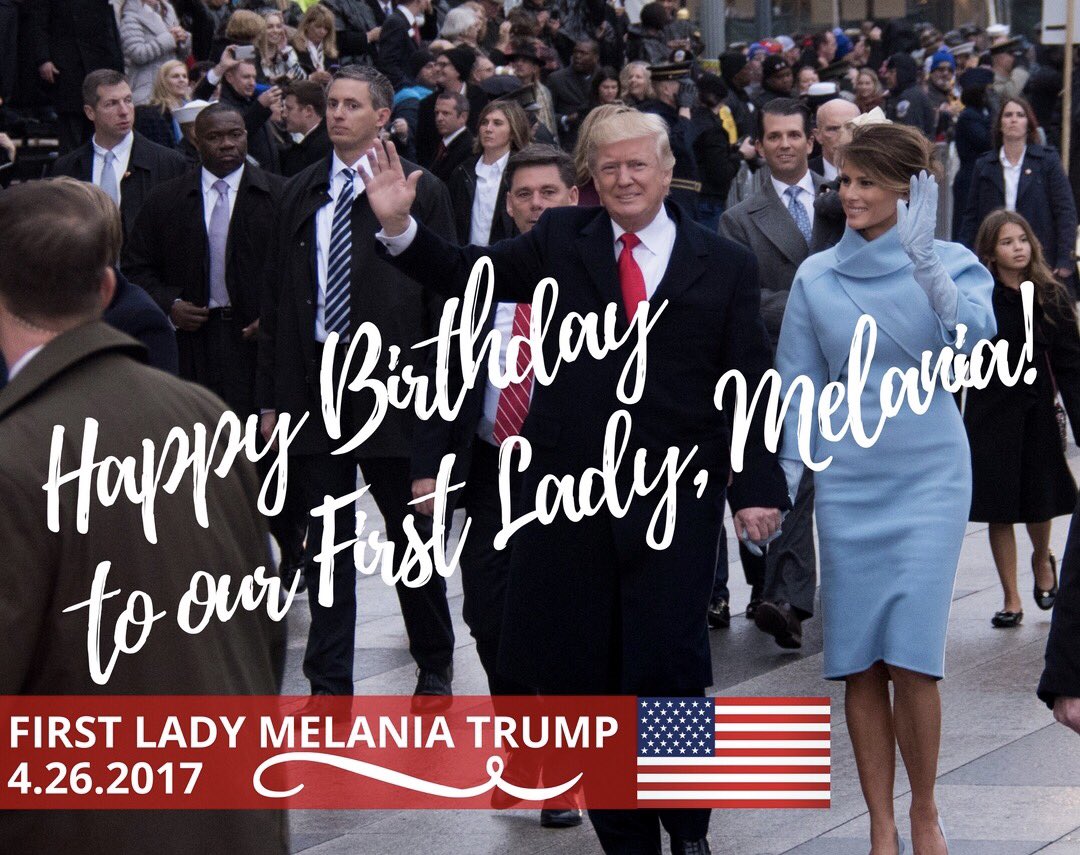 However, when it came to the graphics, there was a ball drop. Or a star drop, if you will. If you look closely you’ll notice that the flag in that graphics package only has 39 stars, which leaves out quite a number of states.