Spider-man Far From Home is the Real Ending

Here’s an intriguing tidbit: according to Kevin Feige, Avengers: Endgame isn’t actually the end of the third phase of Marvel movies, even though, y’know, it’s in the name and everything. Talking to fans in Shanghai, Feige, as reported by Newsweek, said, of Far From Home, “It’s the end of the third phase.” Which makes Spider-Man’s second solo outing the finale of the most sprawling and dramatic of the MCU’s three stages. It’s a delineation that has some precedent: Ant-Man, not Age of Ultron, was considered the end of Stage Two, after all. It makes sense to follow up the drama with something a bit lighter as an epilogue. It also makes sense, and is particularly interesting, as a showcase of whatever the post-Endgame status quo is going to be. Just as the Battle of Manhattan completely changed the film universe, whatever happens in Endgame is going to transform that world into something different than it was before. Far From Home will have the opportunity to establish and explore this new status quo, giving viewers an impression of what the MCU is going to be like going forward.

The Gifted is Ending

As uneven as Fox’s X-Men movies have always been, with The Gifted, the studio seemingly found a way to tell a thoughtful story true to the X-Men’s origins as disenfranchised freedom fighters struggling to carve out a place for themselves in the world. After one excellent season, and a so-so followup that ended on a surprising cliffhanger, The Gifted is no more. According to The Hollywood Reporter, The Gifted is not slated to return to television, which isn’t at all surprising when you consider Disney’s recent acquisition of 20th Century Fox and all the studio’s X-Men IP, which Marvel likely has long-term plans for way down the line. While Disney and Marvel could have, in theory, kept the show chugging along by porting it over to the new Disney+ service, where all of Marvel’s new cape shows are set to live, there was always the strong possibility that Disney went into this deal with the intentions of hard rebooting the X-franchise as a whole, meaning that whatever dangling threads were left on The Gifted are going to remain that way. With The Gifted winding down, it’s seeming more and more likely that Legion, Dark Phoenixand New Mutants will be the end of Fox’s X-Men empire.

Marvels X-Men won’t Happen for a While

With the Disney-Fox merger officially complete, the Marvel Cinematic Universe now has the chance to incorporate popular “X-Men” characters such as Wolverine, Storm, Rogue, and more into its movies for the first time. However, comic book movie fans looking forward to Captain Marvel and Wolverine taking down bad guys together shouldn’t hold their breath. Speaking to i09, Kevin Feige said the current plan for the next five or so years of Marvel movies does not currently include X-Men characters. “It’ll be a while,” Feige said when asked about bringing the X-Men into the MCU. “It’s all just beginning and the five-year plan that we’ve been working on, we were working on before any of that was set. So really it’s much more, for us, less about specifics of when and where [the X-Men will appear] right now and more just the comfort factor and how nice it is that they’re home. That they’re all back. But it will be a very long time.”

Preacher to End after 4 Seasons

Sorry, Preacher fans, but your prayers have not been answered: The action-packed AMC drama will end after its upcoming fourth season, which will debut on Sunday, Aug. 4. Based on the Garth Ennis/Steve Dillon comic book, Preacher starred Dominic Cooper as Jesse Custer, a laconic preacher in rural Texas who finds himself possessed by a supernatural force and locked in an epic battle of good versus evil. (That battle involves lots of high-octane, kick-ass fight scenes, by the way.) Oscar nominee Ruth Negga co-starred as Jesse’s gun-toting girlfriend Tulip, with Joseph Gilgun playing Irish vampire Cassidy. Executive producer Seth Rogen confirmed the news with a tweet on Monday, referring to Season 4 as the “final season”: Debuting in May 2016, Preacher got renewed for a fourth season in November, with production relocating to Australia. TVLine’s Cable Renewal Scorecard has been updated to reflect the final-season news.

DC Universe just released the first look at its Swamp Thing. The brief teaser for the upcoming series, which you can watch above, shows the creature (played by Derek Mears) rising above the water. “Swamp Thing” will now have 10 episodes instead of the initial 13, an individual with knowledge of production told TheWrap, who said the reduction was made for creative reasons.  The DC Comics series will debut on Friday, May 31.In “Swamp Thing,” Crystal Reed stars as Abby Arcane and Mears will portray Swamp Thing, while Andy Bean will play Alec Holland, its human alter ego. The rest of the cast includes Maria Sten, Jeryl Prescott, Henderson Wade, Kevin Durand, Will Patton, Virginia Madsen and Ian Ziering. 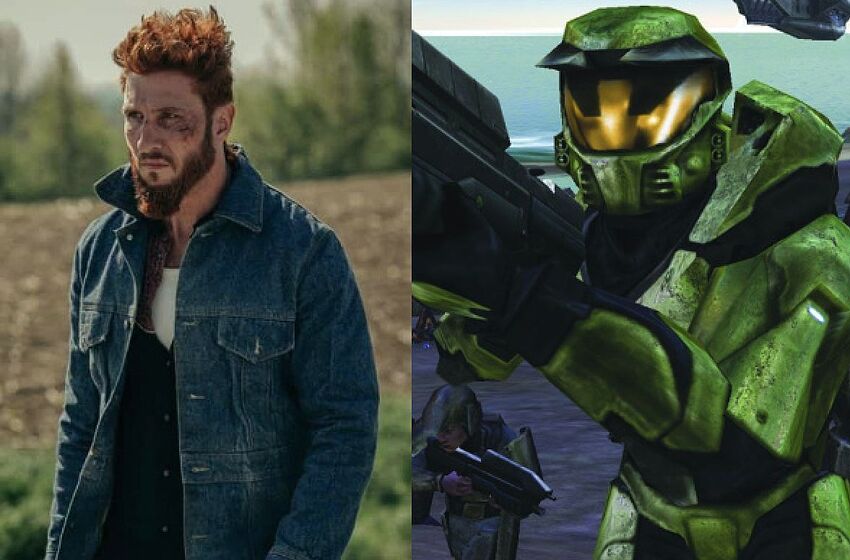 Video game movies have a long history of being terrible. I mean, seriously, they’ve been coming out for over 20 years and even the best ones don’t rise about the level of campy fun. But what about video game TV shows? Barring a bunch of cartoons aimed at kids, there haven’t been many of those. Showtime is looking to change that with a new show based on Microsoft’s very successful and influential Halo franchise, about a man in a green helmet named Master Chief who kills aliens but good. There is a story in the Halo games, but it’s usually taken a backseat to gunplay and first-person multiplayer mayhem. Per The Hollywood Reporter, it sounds like Showtime will flesh the cast out a bit by adding an original character named Quan Ah, played by Australian newcomer Yerin Ha, Quan is “shrewd, audacious 16-year-old from the Outer Colonies who meets Master Chief at a fateful time for them both.” So it sounds like Master Chief will get a teenage sidekick.