Captain Picard Getting His Own Show

After months of referring to the Star Trek Picard spin-off as the Star Trek Picard spin-off, CBS has finally revealed the official name of the Star Trek Picard spin-off. So what is it called? Star Trek: The Future Generation? Star Trek: Destiny? Star Trek: Engage? No, it’s called Star Trek: Picard. The title was announced at the CBS and CBS All Access Upfronts presentation, where they also revealed the first official still from the show: Sir Patrick Stewart wearing a jacket and a turtleneck. Unfortunately, the still hasn’t been officially released yet so we can’t cover it without getting in trouble, but you’re really not missing out on much. Sir Patrick’s The Next Generation co-star Jonathan Frakes will direct some episodes, while one of Discovery‘s directors, Hanelle Culpepper, will oversee the first two. This will make her the first woman in the franchise’s 50+ year history to direct the launch of a Trek instalment. Frakes has previously said that the show is like a “10-episode movie”, while the main man himself has teased that it could run for at least three seasons.

Star Wars Movie Written by WHO?

Walt Disney Co. picked quite a week to confirm that the first post-Skywalker Star Wars installment will be scripted by Game of Thronescreators David Benioff and D.B. Weiss. After the last Game of Thrones episode polarized fans with a shock decision from leading character Daenerys Targaryen, Disney Chief Executive Officer Bob Iger announced that the next Star Wars movie would definitely be produced by the duo. The entertainment giant had been vague about who would be taking charge of the next installment, which won’t hit theaters until 2022. “The next movie we produce will be theirs,” Iger said Tuesday at the Moffett Nathanson Media and Communications Summit in New York. “We’re not saying anything more about that.” Disney announced in February 2018 that Benioff and Weiss were working on Star Wars, saying they would be crafting a series. But since then, a movie in the franchise bombed and the company decided to take a three-year hiatus from the films after the current “Skywalker” storyline concludes in December. Director Rian Johnson was previously tasked with creating a new trilogy as well, but it’s unclear when those films will come out. 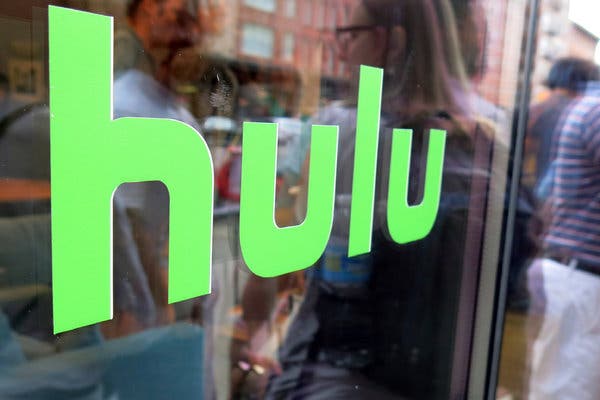 The Walt Disney Company has agreed to acquire Comcast’s one-third stake in Hulu and to take full control of the streaming service, the companies said on Tuesday. The sale price would be at least $5.8 billion and could climb once an independent party assesses Hulu’s fair market value, the companies said. The potential payout is based on Hulu’s current $27.5 billion valuation (last month, it was valued at $15.8 billion). The sale itself will not happen for at least five years, the companies said. Hulu’s valuation will most likely be based on that of a similar company like Netflix and could rise or fall in that time. Hulu had 28 million subscribers at the end of April, a 12 percent jump since the end of last year. Although it is expected to lose more than $1.5 billion in 2019, Robert A. Iger, Disney’s chief executive, said he expected the service to reach 40 million subscribers and turn a profit by around 2024. “Hulu represents the best of television, with its incredible array of award-winning original content,” Mr. Iger said in a statement on the deal. He added that the company planned to integrate the service into its business operations, and that its staff would probably be folded into Disney’s streaming and international division, led by Kevin Mayer. Under the terms of the deal, Comcast, the owner of NBCUniversal, agreed to continue licensing its NBC shows to Hulu through 2024, with an option to pull its content after three years. The provision is potentially crucial to the future of Hulu, which began as a joint venture among broadcast networks and built its audience on shows from NBC, ABC and Fox.

RICK AND MORTY ARE BACK!!!

“Rick and Morty” Season 4 is on its way! The hit Adult Swim series is set to return for its fourth season in November 2019, it was announced Wednesday at the WarnerMedia upfront presentation in New York. Season 4 will premiere just over two years after the finale of Season 3 in October 2017, the longest gap yet between seasons of the show. Over a year elapsed between the Season 1 finale in April 2014 and the Season 2 premiere in July 2015, while there was nearly a two year break between the end of Season 2 in October 2015 and the first episode of Season 3 on April Fools Day 2017. Season 3 then resumed in July of that year. It was announced last May that Adult Swim had given “Rick and Morty” a massive 70-episode order, which will bring the series to 101 episodes. The order is part of a new long-term deal the network has signed with series creators Justin Roiland and Dan Harmon.