Head over and listen to the Geek Show podcast to hear all about the Salt Lake Comic Con 2017 and what happened while The Geek Show was there! You wont want to miss out! 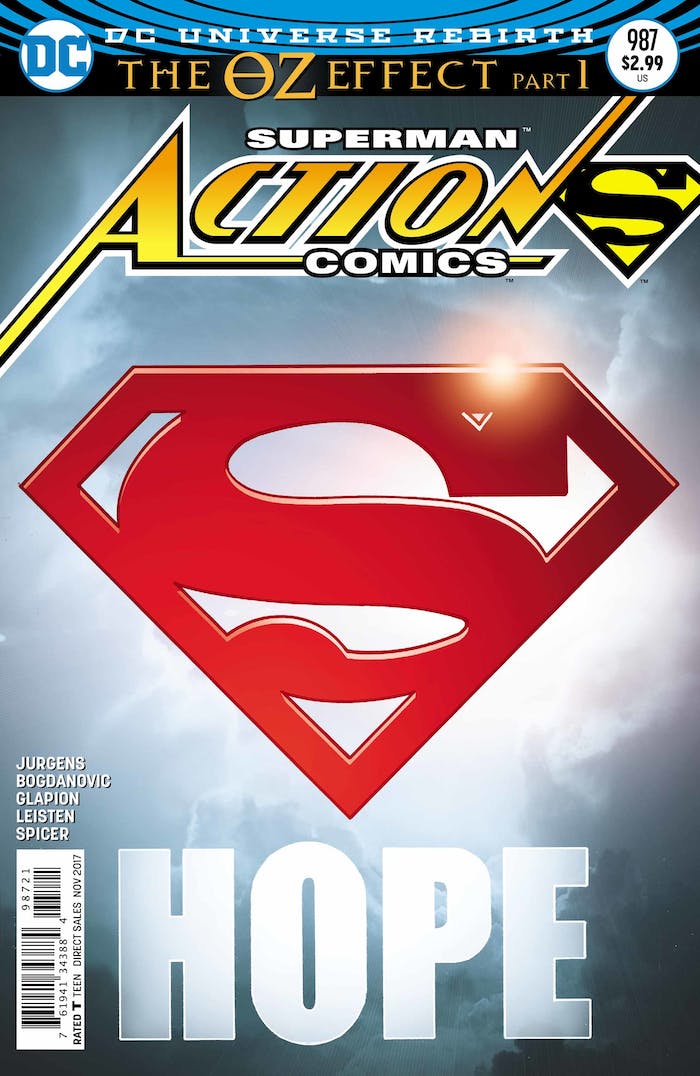 This week within the pages of Action Comics #987, Superman did what he’s always done: He defended the helpless and saved people from harm. But for a certain section of the political right, Superman’s routine was cause for outrage, due to the fact that in the comic, Superman saves a group of undocumented, Spanish-speaking immigrants from an angry white nationalist. The release of Action Comics #987 written by Dan Jurgens was supposed to be a big deal. After over a year of teasing going back to DC Comics: Rebirth #1 from last year, fans would finally learn the identity of the mysterious “Mr. Oz.” Is he Ozymandias from Watchmen? Is it Brainiac? Is it a pre-crisis Lex Luthor? The answer was revealed on the last page of the comic, but the internet got fired up over something else entirely: in which Superman, attending to a number of disturbances, defends a group of undocumented immigrants. In the comic, Superman is forced to take care of several disturbances all at once. There’s illegal wildlife hunting, child slavery, an oil spill, a prison break, and so on in different parts of the world. But among the noise, a disgruntled white nationalist, while wearing an American flag bandana, aims his assault rifle at a large group of undocumented workers.