A new trailer for the highly anticipated Star Wars: The Last Jedi will drop during halftime of ESPN’s Monday Night Football, Lucasfilm announced Sunday.  Advance tickets for the film also will go on sale Monday night.  A sliver of the trailer was tweeted by the official Star Wars account as a tease.  Mark Hamill also shared the small tease, joking it didn’t come from him, a reference to the Luke Skywalker actor previously tweeting, then deleting, that a new trailer would drop in October during MNF.  So far, there has only been a single trailer for the upcoming pic. The Last Jedi is directed by Rian Johnson and stars Hamill, Carrie Fisher, Adam Driver, Daisy Ridley, John Boyega, Oscar Isaac and Lupita Nyong’o.

We’ve known Superman would be in the movie since day one, but this is the first time we see him in the flesh. Or is it in the flesh? He appears in a cornfield outside his house talking to Lois Lane (Amy Adams) as he mentions that she said “yes” to his marriage proposal in Batman v Superman. But, of course, it looks like it’s all a dream. We also get another good look at the flashback sequence that is said to open the film, which features the Amazons, the Atlanteans, and mankind versus the forces of Apokolips. Bruce Wayne’s Ben Affleck been having bad dreams (“visions?”) We do see something we’ve never seen before in any of these trailers–we see what appears to be a human man transforming into a Prademon in the middle of the battle. Is that was Steppenwolf‘s (and therefore Darkseid’s) main goal on Earth is? To turn its population into a mindless drone army? Or maybe the goal is to harvest instead of invade? It seems so judging from that shot. Also, among the Amazons are Wonder Woman scene stealers Connie Nielsen as Hippolyta and Robin Wright as Antiope.

The day before The Tick’s panel at New York Comic-Con 2017, Amazon revealed that the Ben Edlund created superhero series will be back early next year. On Saturday, the streaming service also released a trailer for the new episodes (watch it above). The final six episodes of the first season of the Peter Serafinowicz and Griffin Newman led show will launch on February 23, 2018, the streamer says. With its pilot first popping up on the House of Bezos on August 18, 2016, the first half of the full first season of The Tick debuted on August 25 this year.

New York Comic-Con closed up shop today, but not before X-Files released a trailer for its upcoming 11th season. The show ran from 1993 to 2002, and was revived for a 10th season in 2016. Now, it seems the world is on the brink of apocalypse (sounds familiar), and it’s fallen to Scully and Mulder to forestall the end of civilization, in addition to trying to find their long-vanished son, William. According to Entertainment Weekly, the search for William will play a significant role in the upcoming season, with X-Files creator Chris Carter saying during the panel discussion that this season will “explore that relationship: father, son, mother …. You’ll see more of William than you’ve seen in a long time.”

The worlds of The Walking Dead and spinoff Fear The Walking Dead are finally going to cross paths. Right at the beginning of today’s New York Comic-Con TWD panel it was revealed that there is going to be a crossover between the two AMC shows based on the comics created by Robert Kirkman. “There is one character that is going to go from one show, that I will not name, to another show, that I will not name,” Kirkman told the crowd of what has been a question fans have asked since prequel of sorts FearTWD debuted in the summer of 2015. “This is a huge event in the world of The Walking Dead,” he added of the crossover expected to occur in the next year. Today’s panel at the Theater at Madison Square Garden comes just over two weeks before TWD’s Season 8 debut and 100th episode on October 22. FearTWD ends its third season on October 15. 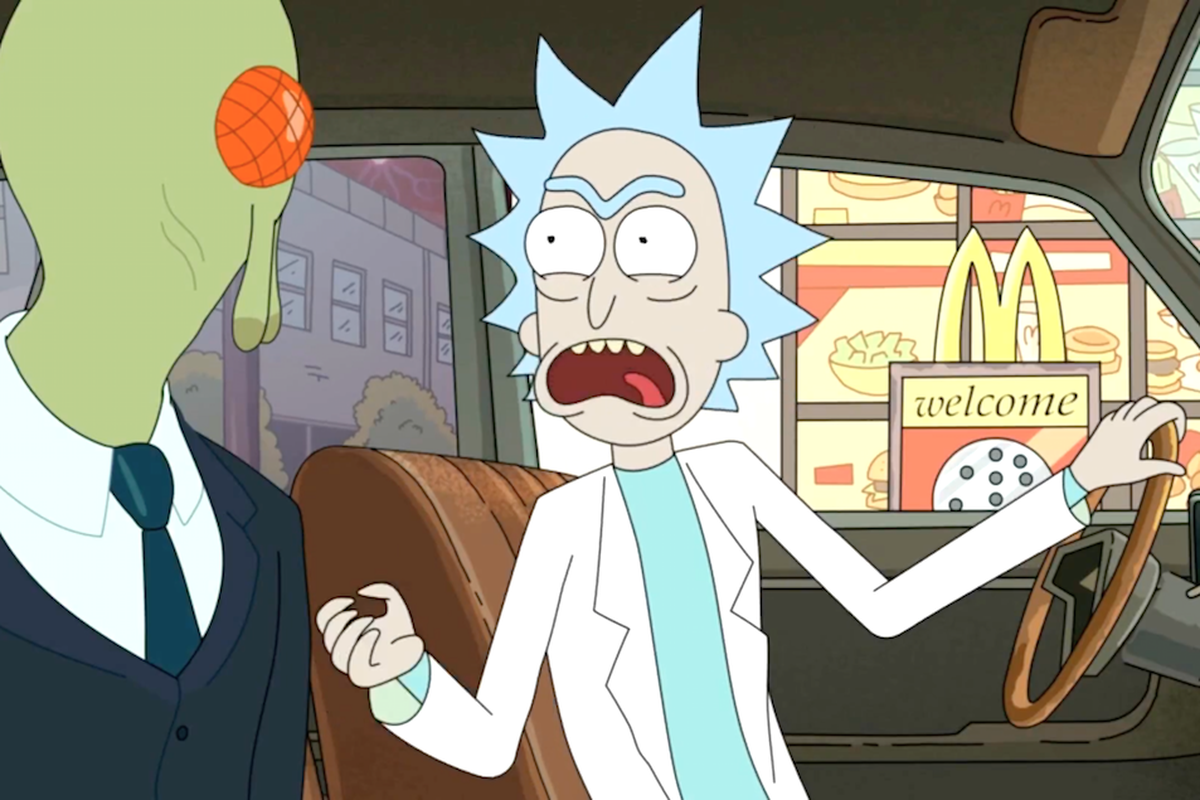 McDonald’s attempt to bring back Szechuan sauce after Rick and Morty fans demanded it didn’t go as planned — but the fast food chain has a plan. After thousands of people took to Twitter to complain about the lack of Szechuan sauce at locations around the country, the company says it’ll be bringing back the sauce for a nation-wide release later this year — for longer than a day. McDonald’s made the announcement earlier tonight, one day after the Szechuan sauce was given out at participating locations around the country. “Szechuan sauce is coming back once again this winter,” a statement from the company reads. “And instead of being one-day-only and limited to certain restaurants, we’re bringing back more — a lot more — so that any fan who’s willing to do whatever it takes for Szechuan sauce will only have to ask for it at a nearby McDonald’s.” The statement does not confirm when the sauce will come back exactly, but it will be later this year. The company apologized for any inconvenience customers had today at participating restaurants. According to various reports, locations handing out the sauce were only giving away 20 packets.