Not unlike the zombie virus right after the outbreak, the world of The Walking Dead keeps spreading. First, there was the 2010 smash hit adaptation of the comic book. A year later, Talking Dead with Chris Hardwick made its debut. Then, the companion series Fear the Walking Dead was launched in 2015. And last November, it was announced there would be a trilogy of TWD films starring Andrew Lincoln‘s Rick Grimes. Now add another one to the (body) pile. AMC has announced it is green-lighting a third scripted series set in the world of The Walking Dead. According to the network, the series “will feature two young female protagonists and focus on the first generation to come-of-age in the apocalypse as we know it. Some will become heroes. Some will become villains. In the end, all of them will be changed forever. Grown-up and cemented in their identities, both good and bad.” The series was created by chief content officer Scott M. Gimple and TWDwriter/producer Matt Negrete, who will act as showrunner and will start production on 10 episodes this summer in Virginia to premiere in 2020. Whether any characters will cross over from The Walking Dead or Fear — in the same way Lennie James’ Morgan and Austin Amelio’s Dwight have recently moved from the first show to the second — remains to be seen.

Although nothing has been officially announced yet (and won’t until after Avengers: Endgame is released), it’s a pretty poorly kept secret at this point that one of the first films out of the chute as the MCU picks itself up and carries on after the events of Endgame will be Black Widow’s long-awaited solo outing. The movie will be directed by Cate Shortland (Lore) and will of course star Scarlett Johansson as Natasha Romanoff in what is widely speculated to be a look at her pre-Avengers years. Also confirmed for the cast are Florence Pugh and now David Harbour, who is having one hell (pun intended) of a year, with Hellboy and Stranger Things 3 on deck and a spot in the MCU coming up. Speaking with Harbour during the press junket for Hellboy, our US friends ask him what, if anything, he could divulge about his participation in the notoriously secretive Marvel machine.

Army of the Dead

Dave Bautista is joining Zack Snyder’s zombie movie “Army of the Dead” at Netflix. Snyder, whose most recent credits are “Justice League,” “Batman v Superman: Dawn of Justice,” and “Man of Steel,” made his directorial debut 15 years ago with “Dawn of the Dead.” Shay Hatten and Snyder are writing the screenplay from Snyder’s story. “Army of the Dead” is set following a zombie outbreak in Las Vegas, when a group of mercenaries take the ultimate gamble, venturing into the quarantine zone to pull off the greatest heist ever attempted. Snyder is producing the pic with his spouse Deborah Snyder through their Stone Quarry production company along with Wesley Coller. Principal photography is set to begin later this year. Snyder’s “Dawn of the Dead” was a remake of George A. Romero’s 1978 movie, and starred Sarah Polley, Ving Rhames, Jake Weber, and Mekhi Phifer. It grossed $102 million worldwide on a $25 million budget. That led to Snyder and Joby Harold writing a sequel for “Dawn of the Dead,” which was set up at Warner Bros., but ultimately scrubbed in 2012. “Army of the Dead” is not a sequel to “Dawn of the Dead.”

Finally giving cinematic superhero fans the potential Kumail Nanjiani-Angelina Jolie team-up spectacular they’ve been demanding from the studios for years, THR reports today that the comedy star is in talks to appear in Marvel’s upcoming Eternals film. This is the second big bit of casting news we’ve gotten for the cosmic comics movie, with early reports coming in last week that Jolie was also in talks for the film, expected to be a major part of the studio’s post-Avengers: Endgame plans. It’s not clear yet which of the Eternals—who are not, we feel contractually obligated to note, the Inhumans—Nanjiani might play. Smartass speedster Makkari might be a good bet, but really, it’s hard to tell at this point what, exactly, Marvel is going to do with this set of God-like Jack Kirby characters. Honestly, it’s just kind of shocking that Najiani is only just now making his way into the MCU; given his popularity in nerd-comedy circles, we’re kind of amazed he hasn’t already popped up as a minor character in an Ant Man movie or its ilk. 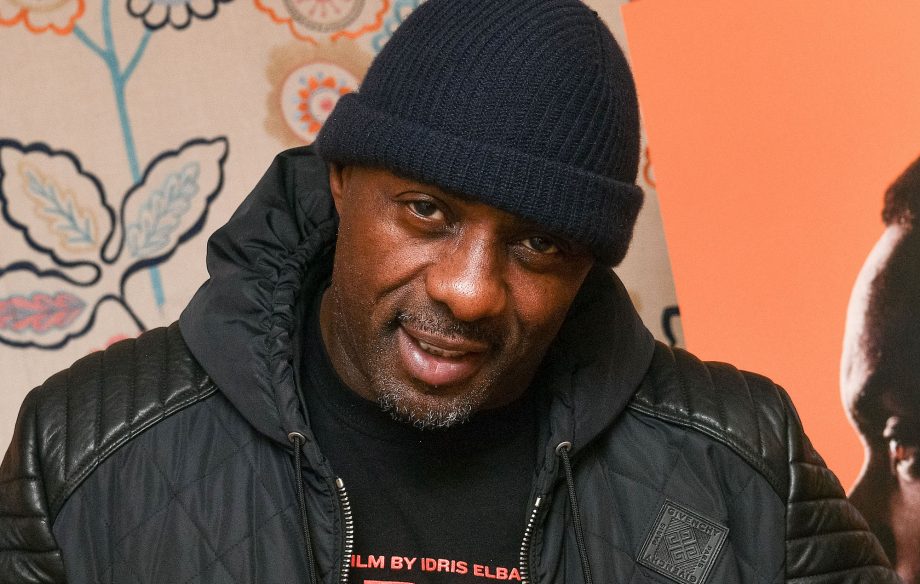 Idris Elba has joined the cast of The Suicide Squad as the character Deadshot is removed from the movie. It had previously been rumoured that Elba would take over from Will Smith in playing the role. Now, Variety reports that the British actor will play an unknown new character in the next instalment of the Suicide Squad franchise. A source told the publication that the team behind the movie didn’t want it to seem like they were disrespecting Smith by replacing him with someone else. The removal of Deadshot from the upcoming DC Extended Universe movie means Smith could return to play Deadshot in the future. He is not involved with The Suicide Squad because of scheduling conflicts. The new movie is currently set for release on August 6, 2021, with no UK release date set at present. It will be directed and written by James Gunn, with Margot Robbie’s Harley Quinn, Jai Courtney’s Captain Boomerang, and Viola Davis’ Amanda Waller all rumoured to return. Elba, meanwhile, has been rumoured to be in the running to play James Bond in future 007 films. Daniel Craig is reportedly set to leave the hit franchise after Bond 25.

More than 25 years after she appeared in the 1982 film written by Stephen King and directed by George A. Romero, Adrienne Barbeau (The Fog)  is returning to the Creepshow universe. Barbeau has been tapped to star in the upcoming horror anthology series, Creepshow, based on the movie, along with Giancarlo Esposito(Better Call Saul) and Tobin Bell (Saw) on Shudder, AMC Networks’ premium streaming service. The three will headline the Stephen King story “Gray Matter,” adapted by Byron Willinger and Philip de Blasi (The Commuter) and directed by series showrunner Greg Nicotero (The Walking Dead). In “Gray Matter,” Doc and Chief, two old-timers in a small, dying town, brave a storm to check on Richie, an alcoholic single father, after encountering his terrified son at the local convenience store. The story, first published in 1973, is part of King’s best-selling 1978 collection, Night Shift.

Avatar Sequel with Who?

Could Vin Diesel be going blue? Avatar blue I mean. The Fast and Furious star recently visited James Cameron’s Avatarsequels set and met with the director. He took to Instagram to share a moment with Cameron, where Cameron joked he’d have to erase his memory. Check it out below.