Star Wars has been pulled from Chinese Theaters? 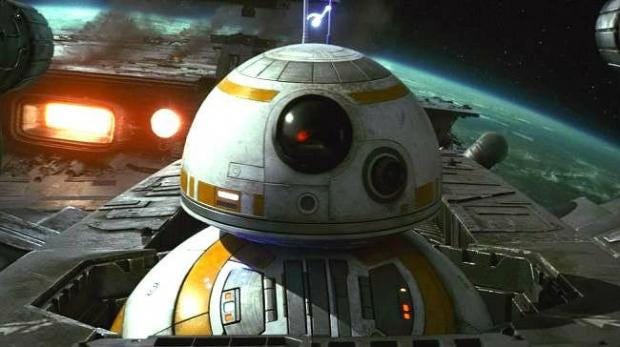 While Star Wars: The Last Jedi has been a massive box office success in the UK and US, other countries have been far less receptive. Perhaps the most notable has been China, the second largest movie market behind the US. The eighth main-saga Star Wars instalment took $28.7 million over the first weekend, dropping 92 percent to $2.4 million in weekend two. “The Last Jedi has already been completely pulled from cinemas here,” chairman of nationwide Chinese cinema chain Lumiere Pavilions Jimmy Wu told The Hollywood Reporter. “It’s performed much worse than we could have expected.” The publication estimates The Last Jedi could end up taking less than $50 million in the country, far less than the $124 million The Force Awakens grossed and just below Rogue One’s $69 million. According to the Beijing-based market research firm Fanink, the recent Star Wars films have received diminishing reviews from cinema-goers in the country, something that has corresponded to the box office numbers.

There are just over four months left to go before the release of Solo: A Star Wars Story. And unusually for this stage in a movie’s promotional cycle, we still don’t even have a publicity shot of the movie’s star Alden Ehrenreich as young Han Solo, much less a trailer. But we do at least have an official synopsis for the movie, which was unveiled by Lucasfilm Tuesday on StarWars.com. And again, for anyone wanting to learn anything new about the movie, this is worryingly slim pickings. In other words: we’ve got a bad feeling about this.

Here’s the synopsis in its entirety:

Board the Millennium Falcon and journey to a galaxy far, far away in Solo: A Star Wars Story, an all-new adventure with the most beloved scoundrel in the galaxy.

Through a series of daring escapades deep within a dark and dangerous criminal underworld, Han Solo meets his mighty future copilot Chewbacca and encounters the notorious gambler Lando Calrissian in a journey that will set the course of one of the Star Wars saga’s most unlikely heroes.

We’ve known that the Solo origin story would feature Chewbacca and Lando (played by Donald Glover) since before we knew it was called Solo. Given what we learned way back in 1980’s Empire Strikes Back, that Han won the Millennium Falcon from Lando in a game of Sabacc, it could do nothing but.

Ant Man and the Wasp Synopses Marvel Studios has revealed the Ant-Man and The Wasp plot synopsis and a new photo! The new synopsis for the film reads as follows:

From the Marvel Cinematic Universe comes Ant-Man and The Wasp, a new chapter featuring heroes with the astonishing ability to shrink. In the aftermath of Captain America: Civil War, Scott Lang grapples with the consequences of his choices as both a super hero and a father. As he struggles to rebalance his life with his responsibilities as Ant-Man, he’s confronted by Hope van Dyne and Dr. Hank Pym with an urgent new mission. Scott must once again put on the suit and learn to fight alongside the Wasp as the team works together to uncover secrets from the past.

So what can we learn from the new synopsis and photo? Despite being released two months after Avengers: Infinity War, the film appears to take place before the events of that film and after Captain America sprung him from the floating prison in Civil War. Also we can see the Pym Tech company logo in the background of the photo, which means that either Scott and Hope need to break into the company once again, or they’re visiting a multiverse version of it.

Warner Bros. has been making strides with finding directors for upcoming DC solo films over the past year. After Michelle MacLaren exited Wonder Woman due to creative differences, Patty Jenkins was hired to replace her. Then Furious 7’s James Wan was tapped to direct Aquaman. Now the word is that the studio is looking at Pride and Prejudice and Zombies writer Seth Grahame-Smith to tackle The Flash. According to THR, Grahame-Smith is currently in negotiations to helm the Scarlet Speedster’s first solo movie. If hired, this will be his second foray into the world of DC, after penning The Lego Batman Movie. Besides Pride and Prejudice and Zombies, Grahame-Smith’s other notable work includes writing Abraham Lincoln: Vampire Hunter (and its film adaptation) and the screenplay for Dark Shadows, but his only directing credits are two episodes of the MTV comedy The Hard Times of RJ Beger. Grahame-Smith is also lined up to write Beetlejuice 2 and produce the Gremlinsremake. This is the latest step to getting The Flash moving forward. Last year during the DC film slate unveiling, The Stanford Prison Experiment’s Ezra Miller was hired to play the Fastest Man Alive. Then, six months ago, Warner Bros. hired The LEGO Movie duo of Phil Lord and Chris Miller to write a treatment for The Flash. Some wondered if this meant they might direct the feature as well, but considering that they’re helming the Han Solo Star Wars movie, no doubt there wasn’t enough time for them to direct The Flash as well (not to mention they’re also writing the animated Spider-Man movie). As for Grahame-Smith, he’s obviously well-versed in the world of fantasy, so it wouldn’t be much of a stretch to jump onto a movie about a young man who can run at incredible speeds. Still, choosing someone who’s a first-timer at directing movies is a curious move.

John Carpenter… Is Not Dead

The 70-year-old horror icon is very much alive, though RT seemed to have a different impression when it honored the Halloween and The Thing director’s birthday: