Sony is calling the 6-day opening of Sony’s Spider-Man: Far From Home at $185M which reps a record for a 6-day Independence Day launch and the Culver City studio’s best opening over that number of days. Both records were previously held by Sony’s 2004 Spider-Man 2 which made $180M over the July 4th 6-day stretch. Industry estimates for Far From Home are around $184.5M at 4,634 theaters, still excellent. 10-day global for Far From Home is an amazing $580M. By the way, remember we said Far From Home would get to at least $170M when it hit tracking? The possibility of of that comes from other beloved mega franchises like Transformers, Spider-Man and Despicable Me‘s July 4th box office history and the halo effect from Avengers: Endgame. Those were self-fulfilling prophecies here for Far From Home. CinemaScore was a solid A, the same as Spider-Man: Homecoming. Under 35 gave the movie an A+.Far From Home posted its second best day yesterday during the course of its run with $34M after Tuesday’s opening record of $39.2M. Saturday was 5% up from Friday’s $32.5M. Far From Home‘s 3-day is at $93.1M which in terms of FSS that played around the July 4th holiday is the second-best behind 2011’s Transformers: Dark of the Moon with $97.8M. 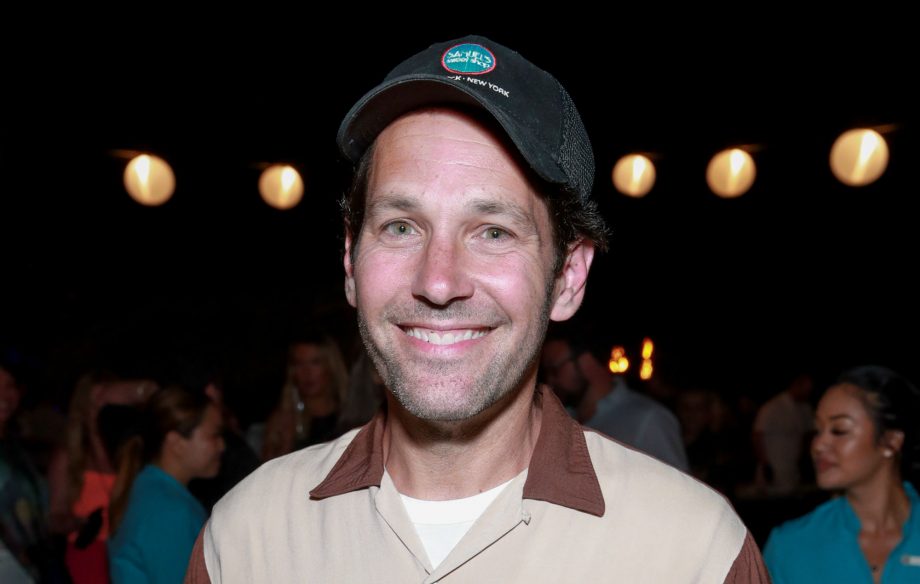 He’s rumoured to be playing a teacher Paul Rudd will  join the cast of next year’s new addition to the Ghostbusters franchise, it has been reported. According to Variety, the Ant-Man star is in “final negotiations” with Sony for the role, rumoured to be that of a teacher. The film, due next summer, is being directed by Jason Reitman, the son of original Ghostbusters director Ivan Reitman. It’s rumoured to be a sequel to the original 1980s films, rather than 2016’s all-female reboot. “I’ve been wanting to work with Paul Rudd since my short film opened for Wet Hot American Summer at Sundance. I’m thrilled he’ll be joining this new chapter in the original Ghostbusters universe,” said Reitman. As previously reported, Stranger Things lead Finn Wolfhard and Fargo‘s Carrie Coon are also on board for the film. Talk of a direct follow-up to 1984’s Ghostbusters – which starred Dan Aykroyd, Bill Murray, Ernie Hudson and the late Harold Ramis as the titular ghost-catchers – and 1989’s Ghostbusters II, has persisted for some time, with Aykroyd giving fans a hopeful update as recently as last November.

Lord of the Rings Series?

It’s been nearly two decades since the first instalment of Peter Jackson’s Oscar-winning Lord of the Rings film franchise, and judging from the recent success of The Hobbit trilogy, we still can’t get enough of seeing J.R.R. Tolkien’s epic fantasy works brought to life — whether on the silver or small screen… Back in November 2017, Amazon Studios won the rights to produce at least five seasons of a Lord of the Rings TV series. And given the sheer volume of material about Middle Earth that Tolkien produced during his lifetime, Amazon could approach the series from a myriad of directions… Here’s everything you need to know about Amazon’s Lord of the Rings TV series, including casting rumours, showrunner details and release date. We’ll be updating this page as soon as new information arrives! Nearly 16 years after the first issue hit the shelves, Robert Kirkman announced the end of The Walking Dead comic book series with the release of Issue 193. It caught many fans off guard, especially since the landmark Issue #200 was just around the corner. Much like it began, though, the zombie series concluded on its own terms. No one could’ve guessed that it was set to close as it did, though Rick Grimes’ death certainly indicated the end was a possibility. “As a fan, I hate it when I realize I’m in the third act of a movie and the story is winding down,” Kirkman wrote. “Some of the best episodes of Game of Thrones are when they’re structured in such a way and paced to perfection so your brain can’t tell if it’s been watching for 15 minutes or 50 minutes … and when the end comes … you’re stunned.” 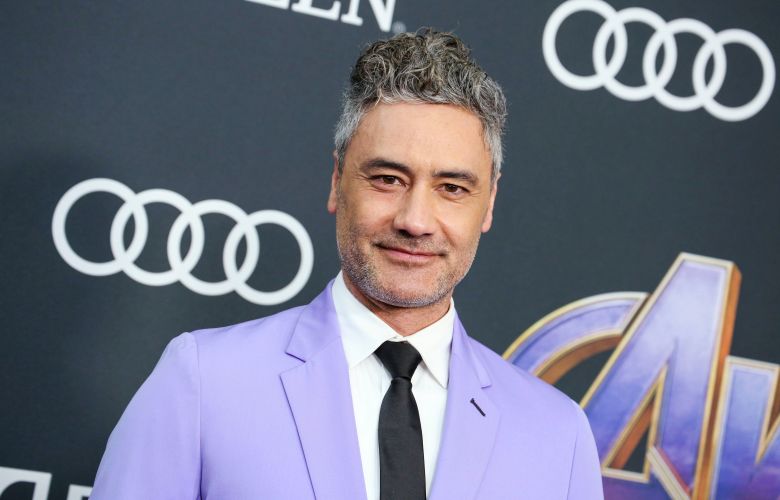 “Thor: Ragnarok” director Taika Waititi has signed onto “Flash Gordon,” as an animated feature film project from Disney-Fox. It is not known yet whether he will write, direct, or both. Deadline first broke the news. Waititi is currently in post-production on his sure-to-be-controversial Adolf Hitler satire “Jojo Rabbit,” adapted from the novel by Christine Leunens. The story follows a Hitler youth who discovers his mother is hiding a Jewish girl in their attic, prompting him to address his nationalistic ideals through his friendship with an imaginary Hitler, played by Waititi. Starring Thomasin McKenzie, Scarlett Johansson, Sam Rockwell and Rebel Wilson, the Fox Searchlight dark comedy hits theaters on October 18. Last fall, Deadline reported that Fox had hired “Overlord” director Julius Avery to write and direct a “Flash Gordon” movie, after having previously negotiated in 2015 with “Kingsman” director Matthew Vaughn. That was before the Disney-Fox merger, however, and the project now seems to be heading in a different direction entirely, perhaps one more aligned with the family-friendly studio’s aims. (There was no indication that the Avery project, for instance, was going to be animated.) 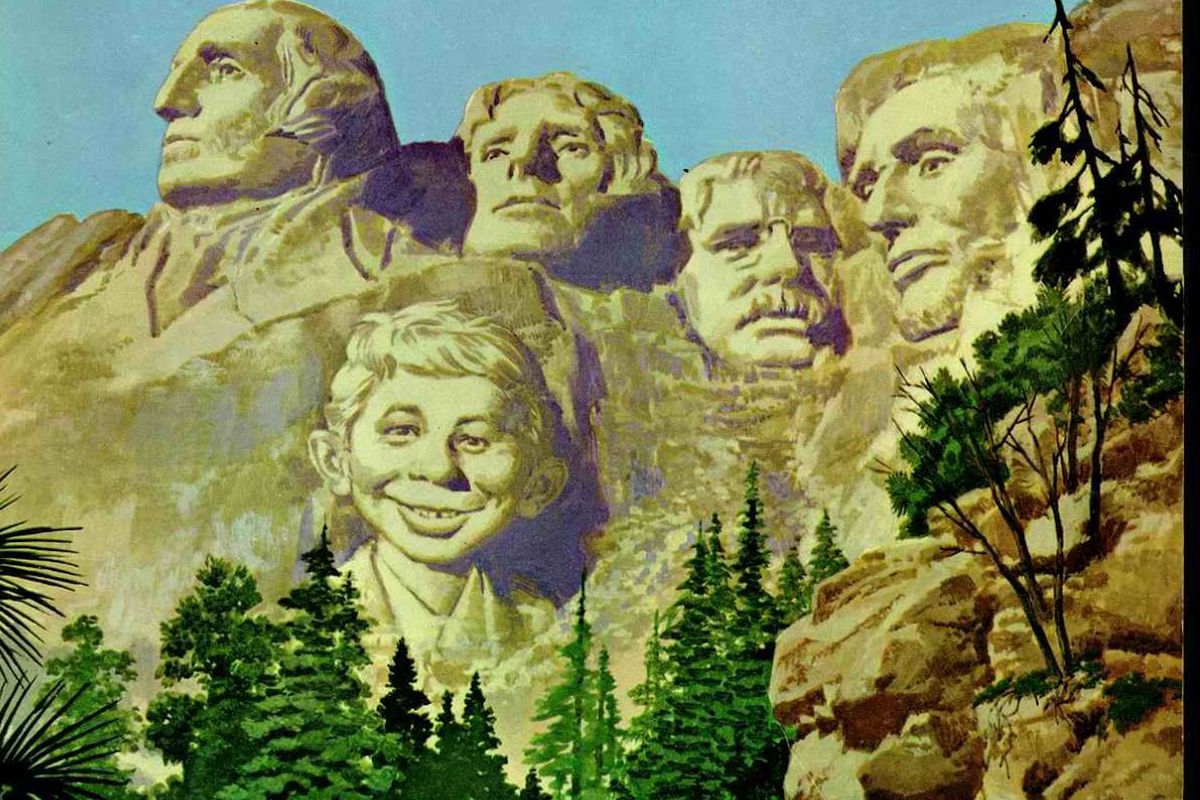 As you have now heard, Mad magazine is no more. “Effectively no more” is how everyone’s putting it, as apparently, DC Comics (its longtime owner) will put out some anthologies and retread editions to keep the trademarks current. But as any kind of periodical satire, the magazine is over; Alfred E. Neuman is now a Force ghost smiling beatifically next to Saturday morning cartoons and baseball cards in the “effectively no more” pantheon of childhood treasures. The news leaked late Wednesday, slid under the door before a holiday in true weasel fashion (I half-imagined it was accompanied with “Editor’s note: Choke on it!”). Polygon has confirmed that anything Mad publishes after issue No. 11 — it was renumbered a year ago — will be rerun content. Even if publication of the print edition had decreased (to bimonthly) over the past two decades, and Mad’s famous holdout against accepting advertising ended in 2001, this is still an A-list pop culture #brand tied to numerous childhood memories of insufferable Boomer and Gen-X assholes like me. So a lot of people rushed in to show how Mad touched them when they were young.