Deadpool 2, which doesn’t open until May 18, is already scoring high marks. The Fox film received as high as 98 in recent test screenings, The Hollywood Reporter has learned. The Ryan Reynolds-fronted sequel has been tested three times, with the scores for the first two screenings coming in at 91 and 97. The final test, which occurred in Dallas, tested two separate cuts simultaneously, which scored a 98 and a 94. The 98-scoring cut is the version the team is using, a source with direct knowledge told THR. The crew attended the final screenings in Dallas, and a source in the audience of the 98 screening describing the environment to THR as being electric and akin to watching the Super Bowl. It’s worth noting the highest test screening the original Deadpool received was a 91, according to insiders. The film went on to gross $783 million worldwide and stands as the highest-grossing X-Men movie of all time. Studios conduct test screenings of their movies by recruiting audiences, who are shown a cut of the film and asked to rate it using boxes marked excellent, very good, good, fair, and poor. Studios also conduct followup questionnaires and discussions about the film. 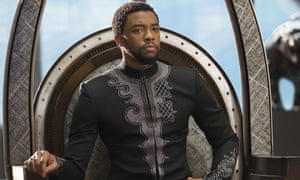 Black Panther has become the most tweeted about movie ever. Twitter revealed news that the Marvel hit has been mentioned more than 35m times, pushing previous record holder Star Wars: The Force Awakens to second place, with Star Wars: The Last Jedi in third. Tweets were led with the most used hashtags #BlackPanther, #Wakanda and #WakandaForever, while the most mentioned characters have been Black Panther himself along with villain Killmonger and Shuri. The most shared posts have come from Kendrick Lamar, whose soundtrack reveal was retweeted over 240,000 times, and Michelle Obama, whose endorsement of the film scored over 139,000 retweets. “Congrats to the entire #blackpanther team!” she tweeted. “Because of you, young people will finally see superheroes that look like them on the big screen. I loved this movie and I know it will inspire people of all backgrounds to dig deep and find the courage to be heroes of their own stories.” The film has turned into a box office phenomenon, making $1.1bn worldwide since its release in February. It’s already the seventh biggest film of all time in the US and has been at number one for five weekends in a row. It’s also the best reviewed live-action superhero film on Rotten Tomatoes and the biggest ever hit from a black director.

Constantine to be Regular TV Show?

If DC’s Legends of Tomorrow is renewed for season 4, then Matt Ryan’s John Constantine will be joining the crew on the Waverider as a series regular. Ryan portrayed the character in his own TV show, Constantine, which aired on NBC for only one season from 2014-2015. Since then he has appeared on both Arrow and Legends of Tomorrow and will also voice the character in the upcoming animated Constantine series airing on CW Seed. Constantine has played a significant role in the current season of Legends of Tomorrow already. He was the one who told the team about the demon known as Mallus who was possessing a little girl. Later they discovered that this girl was Damien Darhk’s (Neal McDonough) daughter Nora (Courtney Ford). Since then Constantine has fought with the Legends trying to stop it. This week, Constantine is set to re-join to the team when Mallus takes control of  Sara Lance (Caity Lotz). He will also appear in the season 3 finale on Monday, April 9.