While it may be true that “in space, no one can hear you scream,” the same cannot be said for those who attended North Bergen High School’s stage production of the sci-fi horror classic “Alien” last week. Screams, cheering and applause echoed through the school auditorium for the unusual and ambitious adaptation of the 1979 film that has caught the attention of tens of thousands of people across the globe on social media. Students, teachers and staff have drawn praise from theater fans, science-fiction fans and industry professionals like special effects designer Adam Savage, co-host of TV’s “MythBusters.” But while only hundreds may have seen “Alien: The Play” at its two showings last week, thousands have watched videos of the production that have gone viral this weekend on social media. By Sunday afternoon, a trailer made for the North Bergen play had more than 80,000 views.

Hmmm… call me crazy, but the fact that Marvel is selling off some of the best props and costumes from their cancelled Netflix shows probably doesn’t bode well for the series’ chances of being revived, right? I mean, I know that the Disney-Fox deal is officially done (Deadpool has already chimed in on it) so the House of Mouse is now the majority owner of Hulu. And I know that the Senior VP of Disney said they’d be open to reviving Marvel TV shows like Daredevil, Jessica Jones, The Punisher, Luke Cageand Iron Fist on Hulu. And I know that Marvel’s Head of Television Jeph Loeb has left the door open for those shows’ return, perhaps on Disney+. But selling off things like Matt Murdock’s Daredevil suit, Misty Knight’s bionic arm, Luke Cage’s bullet-ridden hoodie, and Colleen Wing’s katana can’t be a good sign. (Though I would really like to get my hands on either Colleen’s katana or Misty’s bionic arm. What do you think they’ll go for? Ten, twenty bucks?) 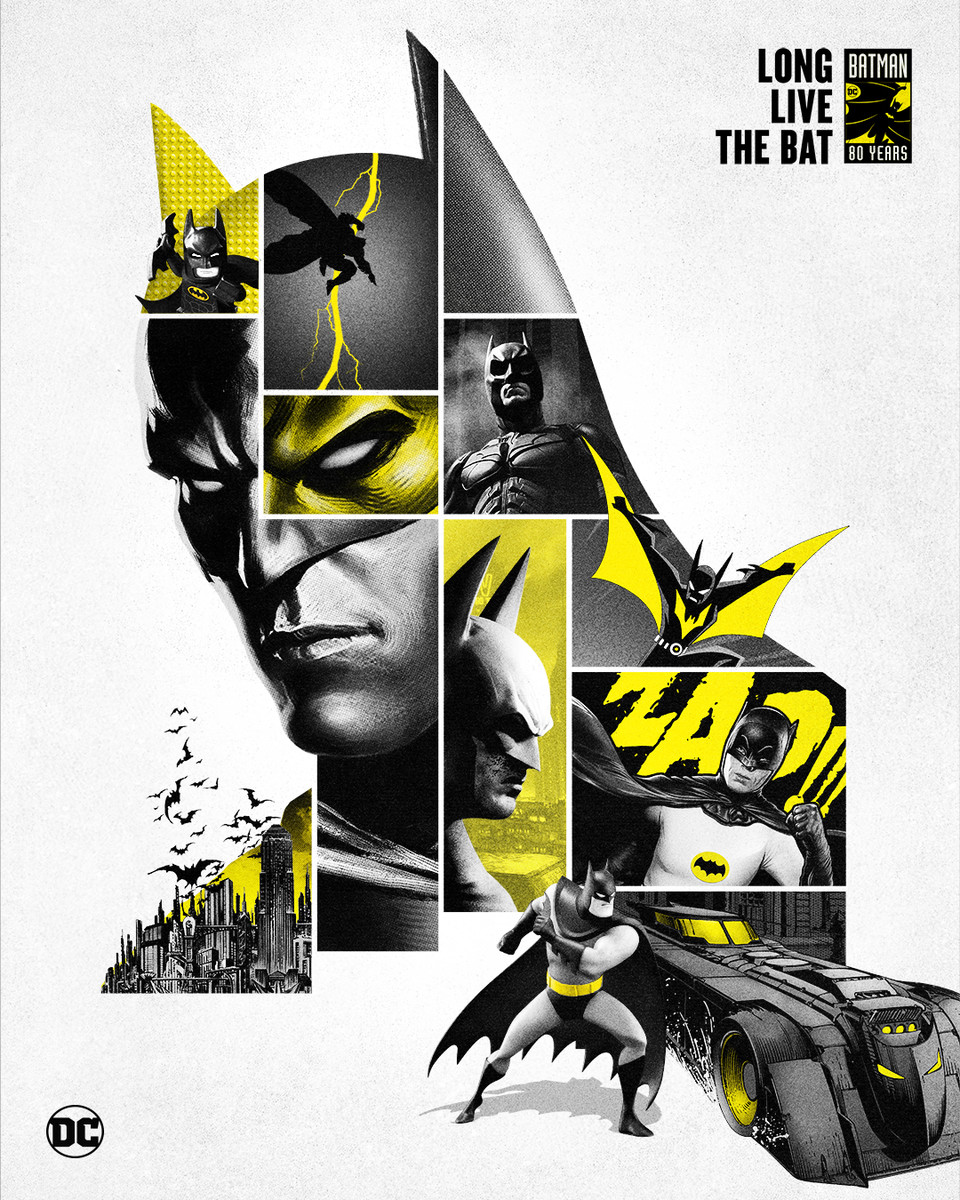 To mark the 80th anniversary of Batman, DC today unveiled plans for a global commemoration of the World’s Greatest Detective. Kicking off this March at SXSW, the multifaceted campaign for DC’s Caped Crusader will feature exclusive celebrations, special theatrical engagements, the milestone release of DETECTIVE COMICS #1000, live events and first-ever Batman brand partnerships. As fans join together under the campaign’s tagline of #LongLiveTheBat, DC’s timeless character will be honored through Batman Day in September when the Bat-Signal lights up in major cities worldwide. First appearing as socialite turned crime-fighter Bruce Wayne in DETECTIVE COMICS #27 on March 30, 1939, the Dark Knight has stood as a symbol of determination, bravery and justice to generations of fans for 80 years. He has influenced every area of modern entertainment, appearing in countless comic books, Saturday morning cartoons, multiple television series, video games, theme parks and experiences, toys, collectibles, apparel and lifestyle products, as well as, blockbuster animated and live-action films. There have been Batman trading cards, board games and newspaper cartoon strips, and the U.S. Postal Service has even honored Batman with his own postage stamps. Batman is a multi-billion dollar icon who continues to reign as the most popular single Super Hero ever created. To commemorate this milestone, custom artwork was created that pays homage to Batman’s legacy in all forms of media. The Batman profile pencil design is by beloved longtime DC artist José Luis García-López, and digital paint design is by Admira Wijaya. This graphic will be featured throughout the celebration. DC will honor #LongLiveTheBat throughout 2019, including Batman’s 80th anniversary on March 30 and Batman Day on September 21. As part of this yearlong celebration, there are many ways fans can participate.

Oliver Queen is hanging up his bow and arrow: The CW’s flagship DCTV series Arrow will end its run with an abbreviated Season 8. Star Stephen Amell made the announcement on Twitter, writing, “Playing Oliver Queen has been the greatest professional experience of my life… but you can’t be a vigilante forever.” The actor went on to reveal that the show will “return for a final run of 10 episodes this fall,” before concluding, “There’s so much to say… for now I just want to say thank you.” During a Facebook Live, Amell added, “Something tells me even when I’m done, I won’t be gone. If you watch the Arrowverse, you should understand that… I think it’s been a good run. It’s no Supernatural, but it’s been a good run.” “This was a difficult decision to come to, but like every hard decision we’ve made for the past seven years, it was with the best interests of Arrow in mind,” executive producers Greg Berlanti, Marc Guggenheim and Beth Schwartz said in a statement. “We’re heartened by the fact that Arrow has birthed an entire universe of shows that will continue on for many years to come. We’re excited about crafting a conclusion that honors the show, its characters and its legacy and are grateful to all the writers, producers, actors, and — more importantly — the incredible crew that has sustained us and the show for over seven years.”

Supernatural to End after 15 Seasons

ared Padalecki, Jensen Ackles and Misha Collins announced Friday on social media that the genre drama will wrap alongside ‘Arrow’ in the 2019-2020 broadcast season. It’s truly the end of an era at The CW. The network’s longest-running scripted original, Supernatural, is ending with its previously announced 15th season. Stars Jared Padalecki, Jensen Ackles and Misha Collins made the announcement Friday on social media. Season 15 will consist of 20 episodes — on par with its current tally. “Firstly, we would like to thank all the people who have been involved with the show both in front of and behind the camera. For us it has been an experience of a lifetime. The support we have had from both Warner Bros Television and The CW has been incredible. We’d like to give special thanks to Jensen, Jared and Misha for making this journey so special. It is now most important to us to give these characters that we love the sendoff they deserve,” executive producers Robert Singer and Andrew Dabb said in a joint statement. “Well, it’s official. One more round for the Winchester brothers. Though nothing ever really ends in Supernatural…does it?” Ackles wrote alongside a video of the show’s three stars announcing the news Friday.
Read More

Comments
Boner Fight for March 25th, 2019
Primus Will Be The Opener For Slayer’s Final Tour Dates
To Top