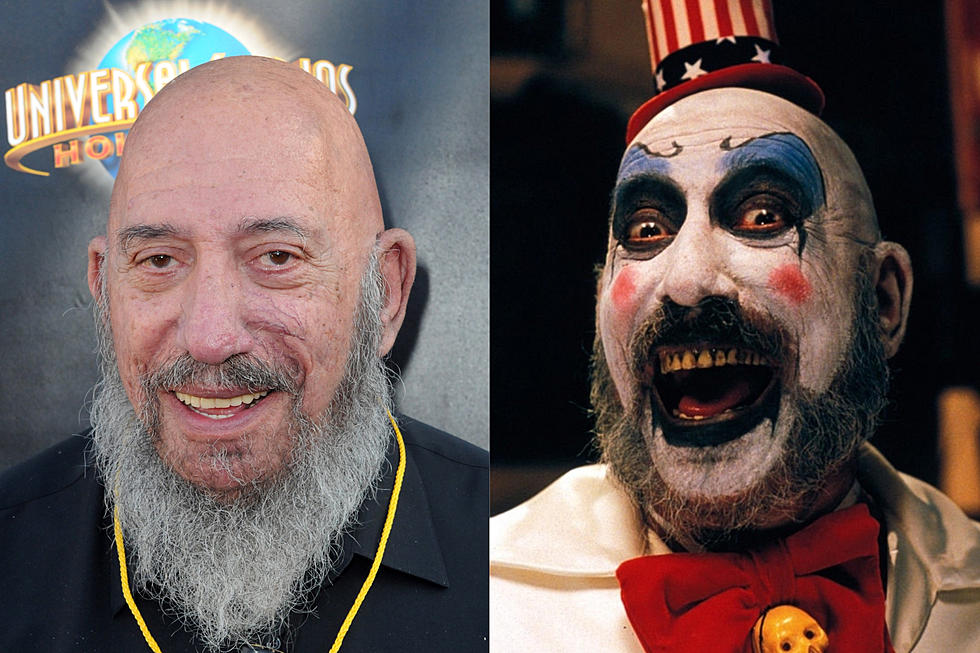 Sid Haig, a legend of the horror genre from films like House of 1,000 Corpses and The Devil’s Rejects, died Saturday following an unspecified “accident” two weeks earlier. He was 80. In a statement shared on the actor’s Instagram account, wife Susan L. Oberg wrote, “My light, my heart, my true love, my King, the other half of my soul, Sidney, passed from this realm on to the next. He has returned to the Universe, a shining star in her heavens. He was my angel, my husband, my best friend and always will be.” “He adored his family, his friends and his fans,” she continued. “This came as a shock to all of us. We, as a family, are asking that our privacy and time to mourn be respected.” Earlier this month, Oberg wrote on Haig’s Instagram that her husband had been in an accident, but didn’t go into specifics. On Sep. 13, she updated the now-deleted comment by stating Haig was “winning the fight” after taking a “nasty spill.” “Star Trek: Deep Space Nine” actor Aron Eisenberg, who played Nog in the 1990s series, died Saturday. He was 50. His character Nog, who appeared for all seven seasons, was a member of the alien race Ferengi, and joined Starfleet after a recommendation from Captain Sisko. Eisenberg returned for a guest spot on “Star Trek: Voyager” and appeared in the “Star Trek” fan film “Renegades.” His widow Malissa Longo wrote on Facebook, “He was so driven to put the best he had into whatever work was put before him. He lived his life with such vigor and passion.”

Into the Spider Verse Short 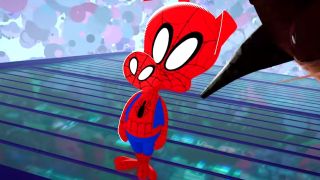 Spider-Man: Into the Spider-Verse ranks highly on our best superhero movies list for good reason. Full of wit, charm, and cartoonish visuals that pop off the screen, it’s Spidey’s best big-screen effort. If you want more, there’s now a Spider-Verse prequel starring Spider-Ham – and it’s got more pig puns than you can shake a hot dog at. Acting as a love letter to mid-20th Century animation – check out that Looney Tunes-style title card! – Spider-Ham: Caught in a Ham (which is also on the Spider-Verse Blu-ray) charts the adventures of the John Mulaney-voiced character before he got sucked into the multi-dimensional portal and thrust into the Spider-Verse. Spider-Ham is swinging about and enjoying his day, complete with hot dog in hand, when he passes the ominously-named Evil Villain Lair. Inevitably, he gets dragged in, captured, and nearly honey glazed by the nefarious Dr. Craw Daddy. 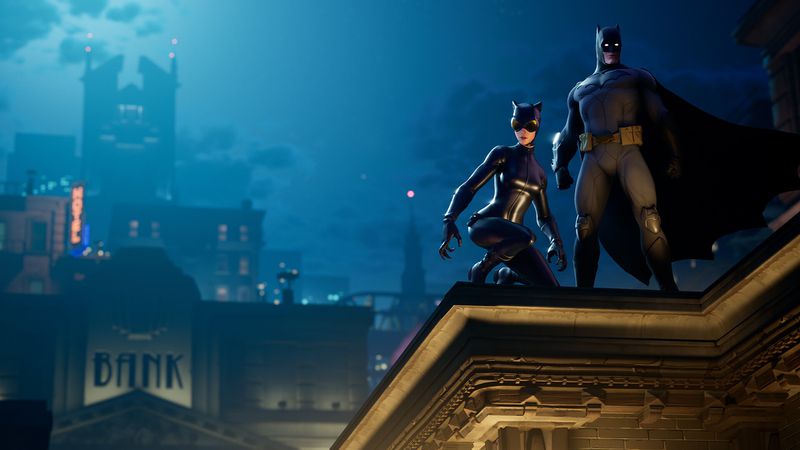 Well, the Batman crossover event for Fortnite Battle Royale is now official. That means Tilted Town is now Gotham City and a “Caped Crusader Pack” of cosmetics and weapons will be available until Oct. 6. The Catwoman Comic Book Outfit is available through the Item Shop, and the Caped Crusader Pack can be obtained from the in-game store. There are other free rewards and challenges, until Oct. 1; one of those rewards is the Catwing Glider. Epic Games’ official announcement contained some images which showed two outfits for Bats, one a more traditional gray-blue/black getup and the other an eyeball-bleaching homage to the Joel Schumacher flicks. A Bat-glider and a melee weapon appear to be on offer, too. In the game itself, players will have unlimited redeployment of their bat-themed gliders inside Gotham/Tilted Towers. The weapons they get are the ones leaked earlier this week: the Batman Grapnel Gun and the Explosive Batarang.

Holy frak! NBCUniversal’s newly named streaming service, Peacock, is revisiting Battlestar Galactica with a new, straight-to-series take from Mr. Robot creator Sam Esmail, set as part of its initial content lineup. Peacock will also be the streaming home for Ron Moore’s Syfy take on Battlestar Galactica. Details about the new take on the beloved drama are being kept under wraps, though sources tell The Hollywood Reporter that it will be an updated, more modern look at the world as told through the lens of the sci-fi favorite. The updated Battlestar Galactica, sources say, will be inspired by Syfy’s 2004 series, developed by Ron Moore, and not based on the 1978 original from creator Glen A. Larson. “BSG fans, this will NOT be a remake of the amazing series @RonDMoore launched because … why mess with perfection? Instead, we’ll explore a new story within the mythology while staying true to the spirit of Battlestar. So say we all!” Esmail tweeted Tuesday.
Esmail is attached to executive produce. A writer has not yet been hired. The drama hails from Universal Content Productions, where Esmail remains under an overall deal. UCP produced the original series. Esmail’s manager, Chad Hamilton at Anonymous Content, will also exec produce.