Your Ogden Twilight ticket is also your RideUTA pass for the night. Take FrontRunner, Trax or the bus. Being socially and environmentally friendly won't cost you a thing! We'll also have a bike valet set up at the amphitheater. The Flaming Lips’ sound contains multi-layered, psychedelic rock arrangements, and are acclaimed for their elaborate live shows, which feature costumes, balloons, puppets, video projections, complex stage light configurations, and confetti. Q magazine named them one of the “50 Bands to See Before You Die”.

B|_ank is the solo project of William Passionfruit Hicks. He experiments with drones, synths, and other instruments to make moody ambient tracks. Com Truise is a retro-electronic artist and maker of an experimental and bottom heavy style he calls “mid-fi synth-wave, slow-motion funk.” He has three studio albums released to date with hits like “Cyanide Sisters,” “84 Dreamin,” and “VHS Sex”. 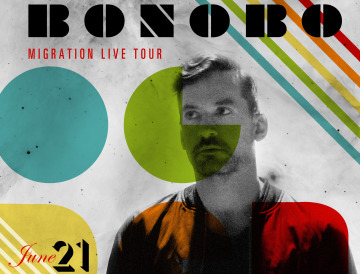 Bonobo is a British musician, producer, and DJ based in Los Angeles. His electronic sound incorporates the use of organic instrumentation and is recreated by a full band during his live performances, exploring trip-hop, jazz, and world music.

After 2012’s Triangle, Slow Magic became an international movement after touring with artists like Gold Panda and XXYYXX. Crowds found a masked man in their midst, bathed in fantastic light, with electronic triggers and a drum. The future-primitive combination infused the project’s electronic compositions with new life.

Mooninite is the solo project of Provo native Andrew Aguilera. Also the other half of the local electronic duo Angel Magic, Aguilera brings a unique take on hardware synthesis and sampling. Metronomy is an electronic music group formed in 1999. Their music consists of instrumental electronic music and more recently, with the release of Nights Out, vocal electronic pop music. Metronomy’s live shows include dance routines, light shows, and push lights stuck to their chests.

Cold War Kids is an American indie rock band from Long Beach, California. They released their major label debut Robbers & Cowards to cult appeal from fans and critics. Since then, they have grown to be one of the biggest indie bands of the 00s.

Will Sartain is a local musician having released over 10 albums over the last 15 years with various projects such as The Future Of The Ghost, Hang Time, Redd Tape, The Tremula, and under his solo project. 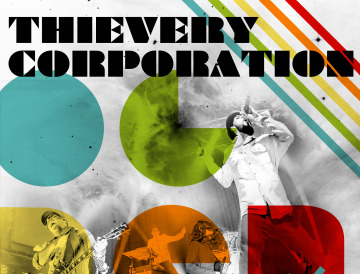 Kishi Bashi is an American singer, multi-instrumentalist, and songwriter. Formerly of Jupiter One and of Montreal, Kishi Bashi creates uplifting musical landscapes based on live violin and vocal looping and beatboxing.

AudioTreats is an SLC-based electronic duo consisting of Haein Lee and Ronnie Strauss. The pair combines electronic sampling with live drums for a unique music experience. Sylvan Esso is an American electronic pop duo from Durham, North Carolina. They first rose to fame with their single ‘Hey Mami’ and their second album ‘What Now’ (2017) was nominated for a Grammy in the “Best Dance/Electronic Album category.”

Shamir is an American singer and songwriter from Las Vegas, Nevada. His debut EP “Northtown” was released in June 2014 to positive reviews. Shamir is known for his androgynous countertenor voice and a upbeat musical style.

Unknown Mortal Orchestra “So Good at Being in Trouble” Jackson Stell, known by his stage name of Big Wild, is an electronic DJ, producer, composer, and engineer. Big wild creates distinctively atmospheric, groove-oriented tracks. After getting his first big break touring for ODESZA, he released his EP “Invincible” in 2017.

Sajeeb Saha, known professionally as Jai Wolf, is a New York-based electronic producer who made his biggest splash to date with his single “Indian Summer.” Since then, he’s released his EP “Kindred Spirits” and performed festivals like Coachella and Bonanza.

Originally from Provo, Madge is an LA-based electronic artist and singer. Also one half of the band New Shack, Madge is known for her etherial take on pop music and rising success since the release of her single “Fight or Flight Club.” Broken Social Scene is a Canadian indie rock band, a musical collective including as few as six and as many as nineteen members, formed by Kevin Drew and Brendan Canning. They released their 5th album “Hug of Thunder” last year to critical acclaim.

In Tall Buildings is the name of the Chicago songwriter and multi-instrumentalist Erik Hall’s one-man polymathic project. For his new album “Akinetic,” Hall wrote in concrete pop forms, lyrically themed around modern culture and its fixation on technology-driven pseudo-progress at the cost of direct communication.

Joshua James is an American singer-songwriter currently based out of American Fork. His 2007 release of “The Sun is Always Brighter” caught the attention of the indie folk scene, with Paste Magazine naming him one of their “Next 25 Artists You Need To Know.” 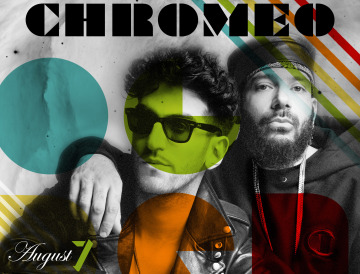 Chromeo is a Canadian electro-funk duo from Montreal, formed in 2002 by Dave One and Pee Thugg. Their sound draws from blue-eyed soul, dance music, rock, synth-pop, disc, and funk. Their fifth album, Head Over Heels, is scheduled to be released on June 15, 2018.

STRFKR is an indie rock band from Portland, Oregon. Their lyrics, which often discuss death, mortality, and the end of the world, create interesting emotions over contagiously upbeat and electronic/rock dance music.

Flash & Flare is an SLC-based DJ and local legend among the club scene. Despite many of his monthly nights, Flare has spun with the likes of RJD2, Tokimonsta, Dave Nada, and more. CHVRCHES is a Scottish synth-pop band from Glasgow. Mostly deriving from the synthpop genre, Chvrches also incorporates indietronica, indie pop, and electronic dance into their sound. After receiving huge attention for their first two records, the band’s third album, Love Is Dead, released in 2018.

Pale Waves are an English indie pop band from Manchester, formed in 2014. The band ranked fifth in the BBC Sound of 2018 poll and won the NME Under the Radar Award. Pale Waves’ debut EP “All the Things I Never Said” also released this year.

Tishmal is the project of Rachel Brockbank, a San Diego native currently living in Provo. With heavy beats and brooding, bleeding-heart vocals, Tishmal balances expertly at the intersection of light and darkness, finding space for her fears and hopes to coexist in the same song.

Comments
Tickets For David Cross are Buy One, Get One FREE This Weekend!
Podcast | Let’s Go Eat Show: Kerry Jackson Returns
To Top