BONER CANDIDATE #1:OKAY, DAN….GO AHEAD; BE OUR GUEST.

Far-right Texas Lt. Gov. Dan Patrick has been inundated with criticism for his recent assertion that if more coronavirus deaths is the price that the U.S. has to pay for reopening its economy, so be it. And instead of walking back that assertion, Patrick doubled down on it during an appearance on Tucker Carlson’s Fox News program. Social distancing, Patrick stressed to Carlson, is crushing the U.S. economy — and saving lives, Patrick insisted, isn’t the only thing to be concerned about. Patrick told Carlson, “When you start shutting down society and people start losing their paychecks and businesses can’t open and governments aren’t getting revenues…. I’m sorry to say, I was right on this. And I’m thankful that we are now, Tucker, beginning to open up Texas and other states because it’s been long overdue.”

BONER CANDIDATE #2:IMMA GONNA AGREE WITH CHINA ON THIS ONE.

China on Wednesday slammed a lawsuit brought against it by the U.S. state of Missouri over the coronavirus pandemic as “very absurd.” Foreign ministry spokesman Geng Shuang said the legal action has “no factual and legal basis at all” and repeated China’s defense of its response to the outbreak, which has largely subsided in the country where it was first detected. The ministry and other Chinese government departments have strenuously denied accusations that officials delayed reporting on the extent of the outbreak in the central Chinese city of Wuhan late last year, despite reports that worries over political stability were placed above public health concerns. Medical staff who reported the outbreak were silenced under threat of legal retaliation and Wuhan went several days without reporting cases during the holding of an annual provincial government conference.

BONER CANDIDATE #3:JUNK IN THE TRUNK

A man in South Africa was arrested for trying to smuggle his girlfriend from one province to another in the trunk of his car to evade coronavirus lockdown regulations, authorities said. The woman “consented to be smuggled” and was also arrested, according to a provincial official. The man was stopped by police at a roadblock on Friday night traveling from Gauteng, South Africa’s most populous province which includes the country’s largest city, Johannesburg, and which has the largest number of confirmed cases of COVID-19. The man was trying to take his girlfriend to the neighboring Mpumalanga province, Faith Mazibuko, the official in charge of community safety in Gauteng, said in a Twitter post. The moment when police discovered the woman in the trunk was caught on video and published by a South African media outlet. The woman, wearing jeans and a T-shirt, is seen lying in the trunk after police officers opened it.

BONER CANDIDATE #1: TAKE THE DOORBELL AND THEY WON’T KNOW WHAT HIT ‘EM. 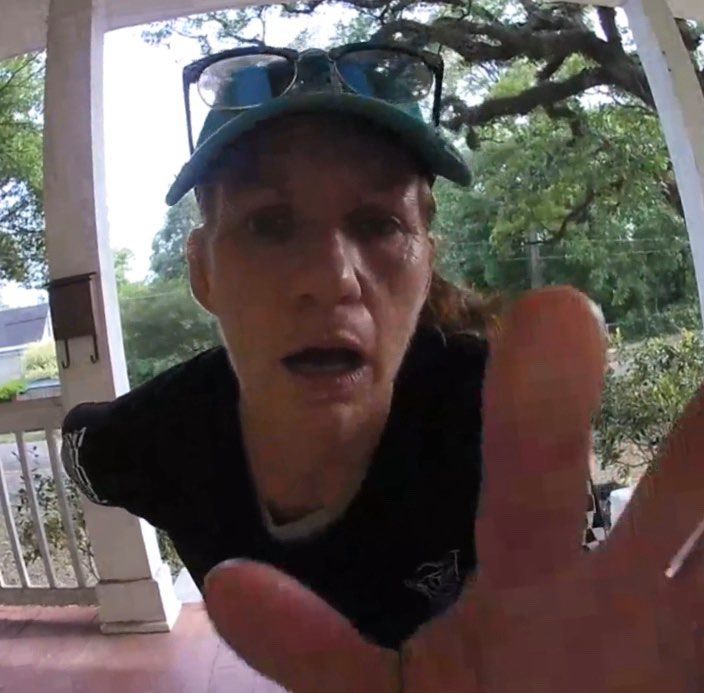 On Sunday, April 19, 2020 a man and woman were caught on camera stealing a doorbell camera from a home on Brown Street in midtown Mobile, but did not count for the video file to exist.

BONER CANDIDATE #2:WE WILL NOT ALLOW OUR SKATEPARK TO BECOME A BIG LITTER BOX

City officials intent on keeping their residents safe in the time of coronavirus shutdown filled the local skate park with 37 tons of sand. This week, skaters received support from some local dirt bike riders in their plight. Connor Ericsson, one outspoken dirt bike rider, met with others who took to the sandy contours with gusto. They filmed a few rides up and around the park, taking jumps along the concrete barricades and gliding up and down the sandy surfaces. When the skateboarders arrived, they joined forces. With shovels, buckets, and push brooms in hand, dirt bike riders and skaters fixed their park back to rights. They maintained a distance from one another as they shredded, and reclaimed a little bit of joy in the process. It is not yet known how the city will handle the uncovering of the park that by all accounts is still closed in the time of social distancing.