The orange clone trooper helmets seen on the teaser poster for the new episodes of The Clone Wars are inversions of Ahsoka Tano’s markings. Lucasfilm Continue, this Clone Wars will — the beloved Star Wars CGI animated series is returning with 12 all new episodes on the Disney Plus streaming service. The new season’s release date narrowed down to February 2020 at Disney’s biannual D23 convention in August. Previous seasons of the show will be available when the service launches Nov. 12, so you’ll have plenty of time to catch up before the new episodes begin. Let’s take a look at what we know about the revival so far.

What’s Star Wars: The Clone Wars?
This series set between the events of Attack of the Clones and Revenge of the Sith, revealing the intergalactic conflict Obi-Wan Kenobi first mentioned in 1977’s A New Hope.The show’s named after the clone troopers, which were created from the DNA of bounty hunter Jango Fett and serve the Galactic Republic in its battle against the Separatists.The Clone Wars started off with theatrically released movie of the same name on Aug. 15 in 2008, then five seasons of 108 episodes that aired until 2013. The series was cancelled that year, in the wake of Disney’s acquisition of Lucasfilm, but a sixth season, known as The Lost Missions, gave us an additional 13 episodes in 2014. Read More 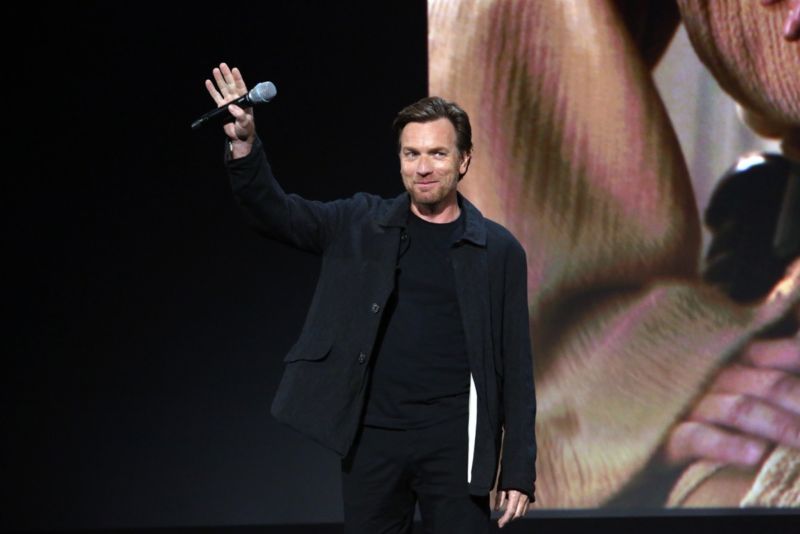 The rumors were true: there will indeed be a Star Wars spinoff series featuring Obi-Wan Kenobi, and none other than Ewan McGregor will be reprising his role as the iconic character. The actor (and Officer of the British Empire) made a surprise appearance last night at the tail-end of a showcase presentation at D23 Expo 2019, Disney’s annual fan extravaganza. The series is still in the earliest stages of development but will air on Disney+, the studio’s new streaming service scheduled to launch in November. The showcase also featured several other notable projects Star Wars and Marvel fans in particular can expect to debut over the next two years.

Star Wars: The Mandalorian
The other major announcement during the Star Wars portion of the showcase was the premiere of the first official trailer for the spinoff series, The Mandalorian. Starring Pedro Pascal, the series takes place a few years “after the fall of the Empire and before the emergence of the First Order,'” according to the official synopsis. Pascal’s bounty hunter is “a lone gunfighter in the outer reaches of the galaxy, far from the authority of the New Republic.” Disney+ has also developed a Star Wars spinoff (“Untitled Spy Series”) featuring Rogue One’s Cassian (Diego Luna) and his best droid buddy, K2 (Alan Tudyk). Both actors made a brief appearance during the announcement. Although there’s no title yet, Tudyk quipped he thought it could be called K2 Fast K2 Furious. Or possibly the Untold Cassian Untitled Story. In addition, there will be a return of the hugely popular animated series, The Clone Wars, in February 2020. Read More

Star Wars: Galaxy’s Edge is the latest expansion in Disney parks — but it’s not the only big Star Wars thing coming to Disney parks. Accompanying the land is the brand new Star Wars-themed hotel, an immersive experience that aims to bring guests to a galaxy far, far away. At D23 this weekend, the hotel’s name was revealed: Star Wars: Galactic Star Cruiser. “In-universe” guests will hear the ship called the Halcyon, and it’s owned by a company called Chandrila Star Line. A scale model of the ship — as it is within the story, of course — reveals just how big it is. Much like the Galaxy’s Edge theme park, the Galactic Star Cruiser is set to be an immersive experience, where guests will be “active participants in stories that unfold around them on their galactic journey.” Bob Chapek, chairman of Disney parks, experiences, and products, announced that the Halcyon experience is a two-night adventure in which participants “board and depart together.” The voyage begins at Walt Disney World. Upon check-in, visitors enter a launch pod that whisks them through the stars to the Halcyon. All the windows aboard the Halcyon have a view out into space. Concept art shows aliens — including Chewbacca — walking through the lobby. Read More Disney held its biennial D23 Expo this weekend to announce news about a slate of upcoming projects in theaters and on its new streaming service, Disney+, which will include content from properties such as Marvel, National Geographic, Pixar, Lucasfilm and Disney itself. Which is to say: The expo is a big deal. It’s the place where new footage from the upcoming Star Wars movie, “The Rise of Skywalker,” can send the Internet into a tizzy and headlines are made by announcing the release date of a film that’s not hitting movie screens until … three years from now (“Black Panther 2,” coming to a theater near you on May 6, 2022!). We’ve broken down the most shocking moments, exciting projects and unexpected cameos to come out of the event.

Tom Holland addresses Spider-gate
Fans were disheartened by the news that Spider-Man probably won’t appear again in the Marvel Cinematic Universe because Disney and Sony couldn’t reach an amenable deal, thus relegating the character to only the latter’s movies. Tom Holland, the latest actor to take on the character, appeared at D23 to promote his new Pixar film, “Onward,” but kept things vague onstage while speaking about his turn as the web-slinger. “It’s been a crazy week,” he said, “but I want you to know I am grateful from the bottom of my heart, and I love you 3,000.”Later during the expo, he spoke with Entertainment Weekly to offer a few more thoughts on the situation — though the actor remained diplomatic. “Basically, we’ve made five great movies,” Holland said. “It’s been five amazing years. I’ve had the time of my life. Who knows what the future holds? But all I know is that I’m going to continue playing Spider-Man and having the time of my life. It’s going to be so fun, however we choose to do it. The future for Spider-Man will be different, but it will be equally as awesome and amazing, and we’ll find new ways to make it even cooler.” Read More

ANAHEIM, Calif. – From details of a new Spider-Man ride on the West Coast to a complete transformation of Epcot on the East Coast, Disney officials revealed an ambitious schedule Sunday at D23 Expo, the biennial convention celebrating all things Disney. Even Dick Van Dyke made an appearance as it was announced that a new Mary Poppins attraction would fly into the Great Britain pavilion, gathering the loudest applause of the news-filled two-hour session. What the highly anticipated event was missing, however, was a blockbuster reveal along the lines of Star Wars: Galaxy’s Edge, announced four years ago at D23. The closest might have been a hint at a new Avengers ride in Disney California Adventure Park, but details were scarce, including when it may debut. Still, fans in the audience cheered loudly at each bit of news, from a new daytime parade at Disneyland to the name of the latest Disney cruise ship, dubbed “Disney Wish.” Read More

Kit Harrington, From GOT Coming to the MCU

Kit Harington, the actor best known for his role as Jon Snow in Game of Thrones, has joined the Marvel Cinematic Universe (MCU) as Dane Whitman, also known as the Black Knight. The announcement was made by Marvel president Kevin Feige at Disney’s D23 Expo in California over the weekend. This isn’t the first time Disney has tapped talent from HBO’s hit series. The Black Knight was created in 1966 by Roy Thomas, Marvel’s editor-in-chief after Stan Lee retired from the role, as well as artists George Tuska and John Verpoorten. The man behind the superhero, Dane Whitman, is the latest in a long time of Black Knights, having received the title from his Masters of Evil supervillain uncle. Though Whitman was also a member of the Masters of Evil, he joined the poorly named collective in order to take it down, leading him to become an Avenger. At some point in the comics, the Black Knight fell in love with Sersi, an Eternal, from whom he received some slight powers as part of his telepathic link with his soulmate. According to Marvel, Harington’s Black Knight will premiere in Eternals as the superhero, but it’s unclear how broadly the character may appear in the wider MCU. This was the latest of multiple announcements made by Marvel Studios at the D23 Expo. Read More

Disney is calling it the future of the company: Disney Plus. It’s the entertainment giant’s upcoming streaming service for almost everything it creates. It’ll be the exclusive home for streaming the company’s blockbuster Star Wars, Marvel and Pixar movies — Avengers: Endgame, for example, will be available to stream on Dec. 11. But in addition, Disney is ramping up a slate of original shows and movies based on those brands and others. Friday was Disney’s coming-out party for many of those originals. At its biennial fan convention, the D23 Expo, Disney put on a parade of trailers, talent and new announcements about Disney Plus. Disney revealed plans for six new original series for the streaming service: a Star Wars Obi-Wan Kenobi series with Ewan McGregor reprising his role; three new live-action Marvel shows based on the characters Ms. Marvel, Moon Knight and She-Hulk; an “unscripted” short-form series Muppets Now; and a Lizzie McGuire revival with Hilary Duff playing the role she originated as a teen. Trailers dropped for the live-action, big-budget Star Wars spinoff The Mandalorian and a slew of other shows and movies that’ll be on the service when it launches. And the company started to talk about more features of the service itself. Disney Plus is going to eschew pricing tiers, giving all subscribers access to four simultaneous streams and 4K and HDR high-quality video. It’ll also allow you to create seven profiles, so personalization can suit different members of the household. And even though Disney Plus is the company’s answer to Netflix, it won’t be releasing episodes of its original series all at once like its giant rival does — new episodes will come out weekly. Read More 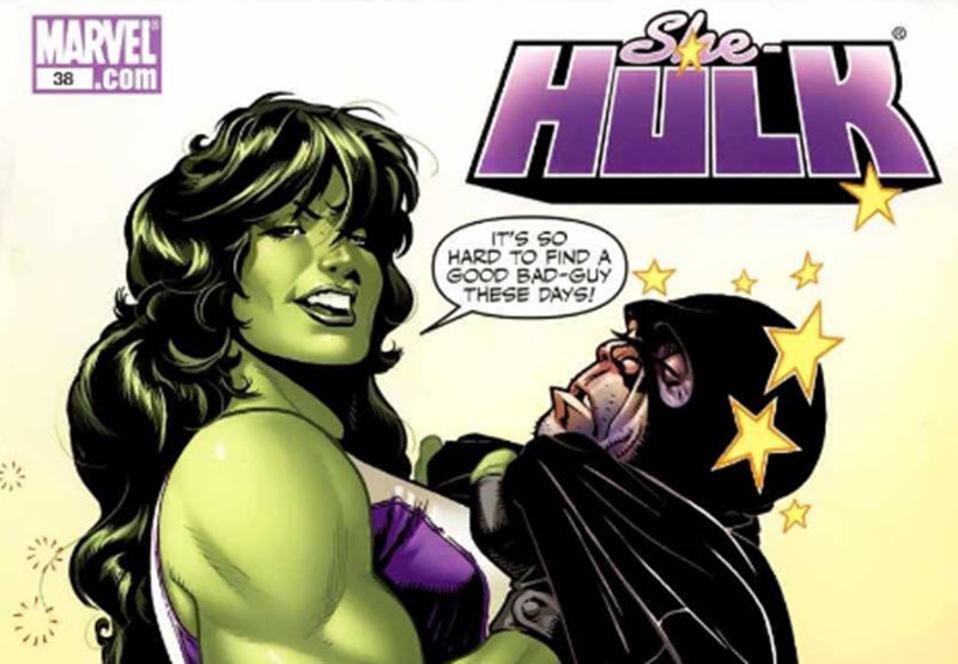 Disney may have yet to show more than a minute or two of footage from its upcoming Disney+ shows, and yet the slate it’s come up with is nothing short of incredible. At least on paper. On the Marvel side alone, heading into this weekend, we had:

And now we have three more to add on top of those. Last night at the D23 Expo, Disney announced that it was adding three more Marvels shows to that roster, Ms. Marvel, Moon Knightand She Hulk, Ms. Marvel is especially significant because Kamala Khan will be the first Muslim superhero seen onscreen, and it was a big deal when she debuted in the comics back in 2013. She’s supposed to be 16, so expect a young, probably unknown actress to take the part, though none were announced yet. Past that we have Moon Knight, a curious superhero to focus on, given that he’s relatively unknown to the casual Marvel movie fan. Moon Knight has been a presence in Marvel comics since 1975, and with 40 years of stores behind him, there’s a lot of room for a potential series, which is probably why he was chosen. And Wizard magazine rated him as the 149th best superhero of all time, so I mean, he’s a must-have in the MCU. Read More