The time is nigh: the Patrick Stewart-starring series Star Trek: Picard is poised to beam down onto our laptops, tablets, phones, and TVs via the CBS All Access platform on Thursday, January 23. Star Trek fans across the nation are no doubt keen to get the full 411 on what time the Picard premiere arrives as well as how they can watch it so that they’re on top of things when the time comes. Luckily, we have that information for you. So, the most important news first: The Picard Season 1 premiere debuts on CBS All Access at 12:01 a.m. PT/3:01 a.m. ET (via Nerdist on Twitter). This release window is more typical of a Netflix release but hints and CBS All Access’ belief this show is gonna be huge for the platform and fans will want to watch it literally ASAP. To be fair, CBS wouldn’t be wrong on that account. It’s been nearly 20 years since we’ve seen Captain Jean-Luc Picard (Stewart) on a screen of any size — he last appeared in the 2002 live-action feature film Star Trek: Nemesis with the rest of his Star Trek: The Next Generation crew —so of course fans will want to watch this long-awaited premiere as soon as humanly possible. Additionally, you’ll only be able to watch Picard on CBS All Access, so make sure your subscription is up to date or you finally spring for a ‘scrip because this once-in-a-lifetime Star Trek series is going to be reuniting Picard with some familiar TNG faces and introducing new characters into the mix.     Read More

“Star Wars: The Rise of Skywalker” has joined the billion-dollar club. On Tuesday, the ninth installment in the Skywalker Saga surpassed $1 billion at the global box office. It has made $481.3 million domestically and $519.7 million internationally since its Dec. 20 release. “The Rise of Skywalker” is Disney’s seventh 2019 release to surpass this box office benchmark. No other media company has come close to this kind of record before. The previous record, which was four billion-dollar movies in one year, was also held by Disney. In 2016, “Zootopia,” “Finding Dory,” “Captain America: Civil War” and “Rogue One: A Star Wars Story” all crossed that benchmark. In 2019, “Captain Marvel,” “Aladdin,” “The Lion King,” “Avengers: Endgame,” “Frozen II” and “Toy Story 4″ were the other films released by Disney that surpassed $1 billion. Notably, “Endgame” became the highest grossing film of all time last year, garnering $2.798 billion worldwide during its run. In total, Disney garnered $11.1 billion in global movie ticket sales in 2019, another record in the industry for a single studio. With the addition of 21st Century Fox titles, which the company acquired in April, Disney hauled in more than $13.1 billion. Neither of these figures include what Disney has made in January, which pushed “The Rise of Skywalker” over the billion-dollar mark. ″‘Skywalker’ will be lucky number seven for Disney and at this point hitting a billion dollars should silence all the naysayers who felt it underperformed upon its release about a month ago,” said Paul Dergarabedian, senior media analyst at Comscore. “The seeds of success that the studio planted in their amazing year of 2019 continue to bear fruit in 2020 with yet another box office milestone achieved within the Star Wars canon of films.”     Read More 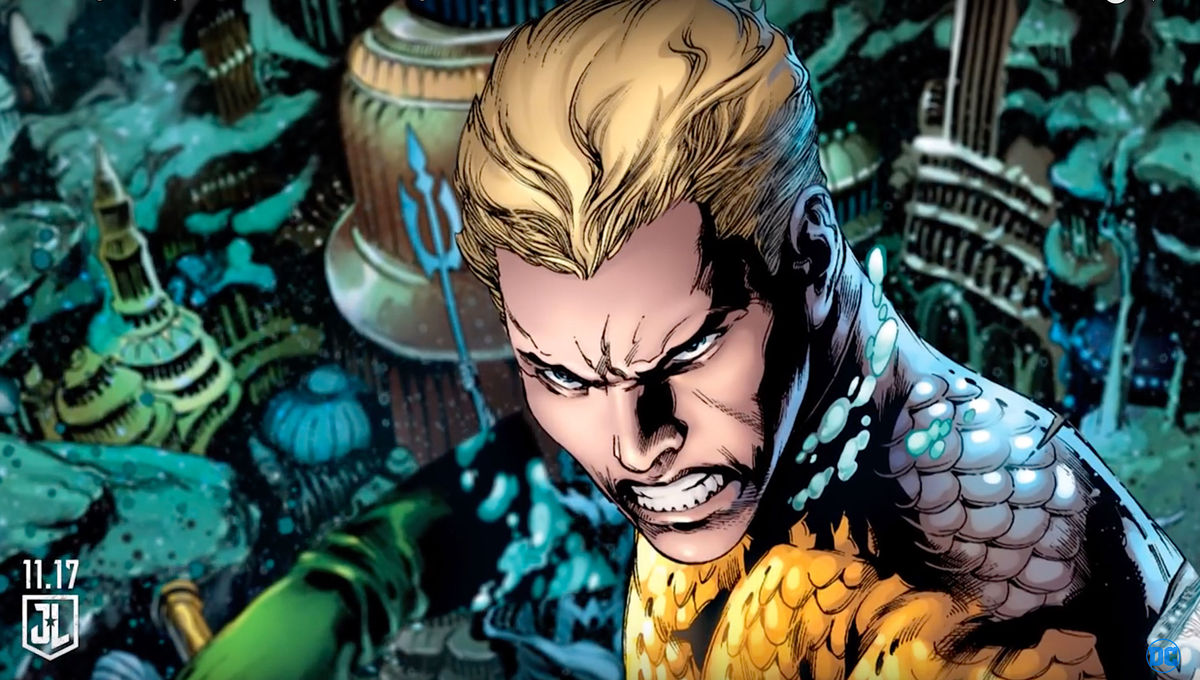 A veritable typhoon of quick-hit news blew through the WarnerMedia portion of the Television Critics Association press tour, Wednesday, as HBO Max unleashed a whirlwind of information about projects both old and brand-spankin’ new, including a three-part Aquaman animated series from James Wan that’ll be making landfall on the soon-to-debut streaming platform. HBO Max served up a press release ahead of today’s tour of upcoming projects to unveil Aquaman: King of Atlantis, a three-installment mini-series executive produced by Wan through his Atomic Monster production company, and featuring the iconic characters of his 2018 blockbuster movie as well as the DC comic books. Produced by Warner Bros. Animation, Aquaman: King of Atlantis “begins with Aquaman’s first day on the job as king of Atlantis and he’s got a LOT of catching up to do,” HBO Max teased in the release. “Luckily, he has his two royal advisors to back him up – Vulko, the scholar, and Mera, the water controlling warrior-princess.” Based on the classic DC Aquaman character created by Mort Weisinger and Paul Norris, each episode “will have a unique storyline following the adventures of Aquaman as protector of the deep,” according to HBO Max. “Between dealing with unscrupulous surface dwellers, elder evils from beyond time and his own half-brother who wants to overthrow him, Aquaman is going to have to rise to the challenge and prove to his subjects, and to himself, that he’s the right man for the trident!”     Read More

HBOMax Does Not in fact Have Harry Potter… Yet? The era of streaming service is only just beginning. Following Disney+’s successful launch back in November, more studios are putting their platforms in the ring, which NBCUniversal’s Peacock and WarnerMedia’s HBO Max both launching this year. And when it comes to one of the most popular franchises of all time, it’s not the one you’d think that’ll have the Harry Potter movies available to stream. It turns out that HBO Max will not include the eight Harry Potter movies and two Fantastic Beasts spinoff films when the streaming service is launched in Spring 2020. According to WarnerMedia’s Executive Vice President of Content Acquisitions, Michael Quigley, a licensing deal made back in 2016 prevents the studio behind bringing J.K. Rowling’s Wizarding World to life on the big screen to its upcoming platform. It has been explained that all the Harry Potter movies are tied to NBCUniversal, per the Television Critics Association winter press tour (via Vanity Fair). Back in 2016, Warner Bros signed a deal with the network giving them exclusive broadcast and cable access to the fantasy series until April 2025. Oops!    Read More 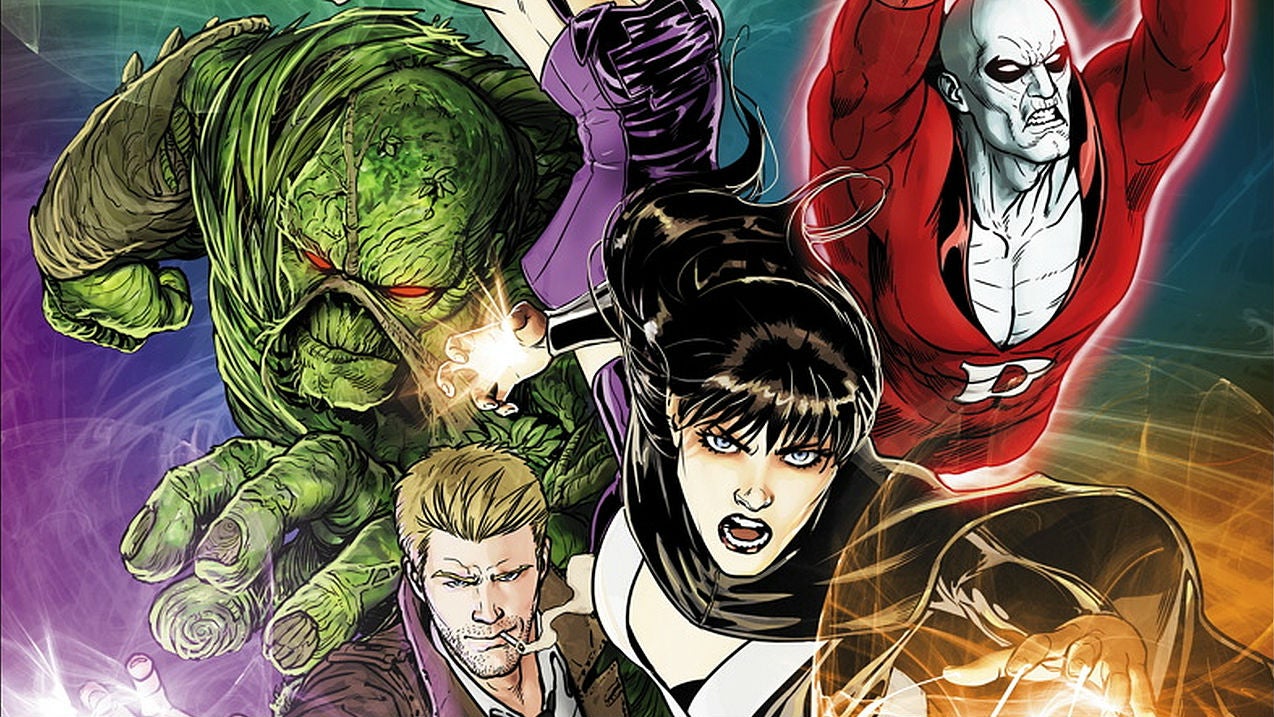 Justice League Dark, the DC supernatural superhero team, could be about to step into the limelight thanks to a new deal with the J.J. Abrams production company, Bad Robot. Through a new deal with Warner Media, Bad Robot is developing movie and TV show ideas that could feature JLD’s John Constantine, Madame Xanadu, Deadman, Shade, the Changing Man, and Zatanna. Deadline reported the deal, which seems to be very much at the drawing board stage, with Bad Robot’s head of motion pictures Hannah Minghella and head of television Ben Stephenson taking meetings. Still, just the thought of some more attention for the JLD is exciting, thanks to its cast of ghosts, fortune tellers, vampires, ghosts, and shapeshifters. No sad boy billionaire orphans or corn-fed farm boys here. In 2013 there was a beautiful moment when it seemed like Guillermo del Toro would make a live-action JLD movie with the working title Dark Universe – starring Constantine, The Spectre, Deadman, Zatanna and Zatara – but by 2015 he was confirmed to be off the project. John Constantine has already been seen on the silver screen, thanks to Keanu Reeves and 2005’s Constantine, but the film’s story featured some big changes to the source material. The JLD also got an animated movie in 2017’s Justice League Dark. Bad Robot is, of course, the production company that brought us mega projects like Star Wars: The Rise of Skywalker, Westworld, and Mission: Impossible – Fallout, and has an intimidating number of projects in development, including more Mission Impossible, more Star Trek, and a new HBO sci-fi show called Demimonde.     Read More