A Utah County elementary school is at the center of a controversy after a student’s mother posted on social media, upset about a potentially racially insensitive game her daughter’s classmates played. The mother, who is choosing to remain anonymous at this time, wrote a Facebook post about the situation: 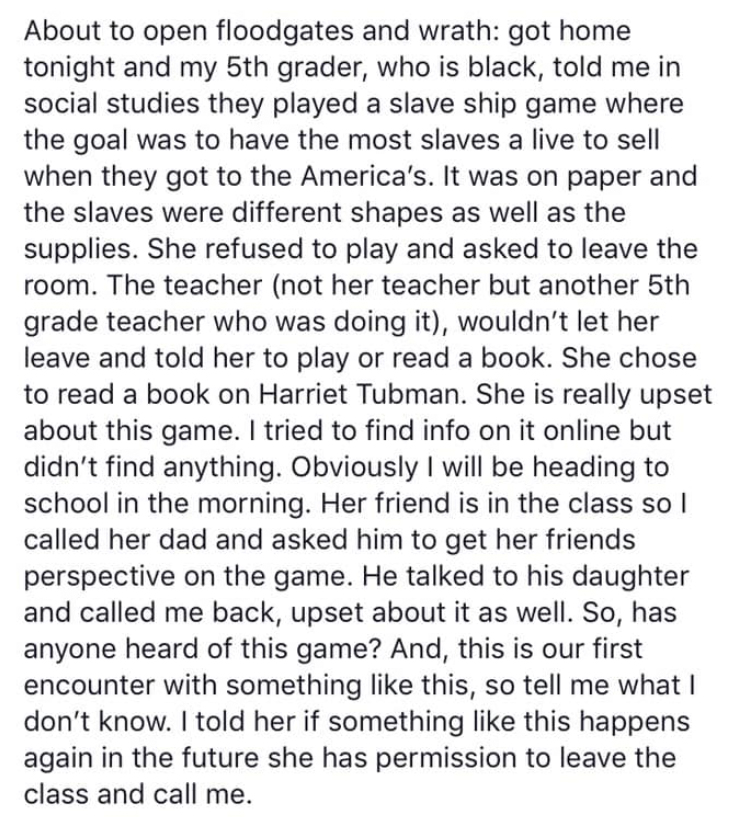 Now, the mother says her 5th-grade daughter spoke out, not wanting to play. “The teacher told her she could either read a book or play the game. So, she chose to read a book,” the mother told ABC4 News. “But she was very uncomfortable, and she wanted to leave, but she didn’t feel like she could. So, she read the book instead and picked a book on Harriot Tubman.” After learning of this, the mother says she was surprised and frustrated that a teacher at Legacy Elementary School would be OK with playing such a game. “Obviously, it’s important that kids learn about the slave trade, and how slaves were transported, and the terrible conditions that they were put under, but this felt like the wrong way to teach that,” the mother said. While this situation is disappointing for this Utah County family, the mother said she hopes this can be a learning experience for all involved.   Read More

A woman who has already spent thousands on tattoos says she went blind after undergoing a procedure to tattoo the whites of her eyes. Australian Amber Luke, who goes by the nickname the Blue Eyed White Dragon, told The Sun that she went blind for three weeks following the painful 40-minute procedure. “I can’t even begin to describe to you what the feeling was like, the best thing I can give you is once the eyeball was penetrated with the ink, it felt like [the tattoo artist] grabbed 10 shards of glass and rubbed it in my eye.” Luke told The Sun. Luke says the procedure shouldn’t be dangerous, but her artist went too deep into the eyeball and caused her vision loss.   Read More