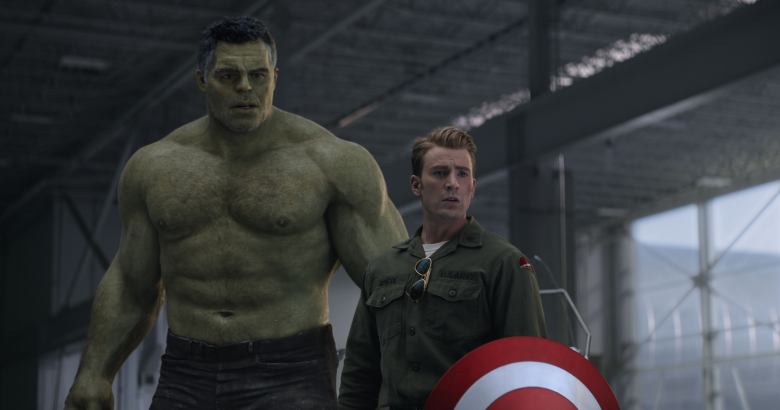 Inevitably, not long after “Avengers: Endgame” co-director Joe Russo said it didn’t matter if the film fell just shy of the “Avatar” record for (unadjusted) worldwide gross, Disney is returning the film to theaters on June 28. Their excuse? Marvel is adding new footage, including an unspecified tribute. Clearly, Marvel wants to beat James Cameron in the battle of the numbers. Through Monday, “Endgame” has grossed $831.17 million domestic and $1.91 billon foreign, for a total of $2.74 billion. That compares to $2.79 reached by “Avatar,” mostly in 2010 during its initial release. This past weekend “Endgame” took in about $3.7 million (landing #10), foreign $2.1 million. So that leaves “Endgame” $45 million short. Finally, comparing accumulated film grosses at today’s ticket prices with lower ones for earlier releases is nonsense. The whole competitive exercise serves mainly to satisfy various egos, on the one hand, and to feed a fanbase desire to be #1. The best adjusted gauge –a fairly accurate estimate — has “Titanic” as the most popular film in worldwide theaters ever, “Gone With the Wind” second, with “Avatar” third. James Cameron’s “Avatar” has an adjusted gross somewhere around $3.2 billion.

Monopoly Now has a Voice?

There are few activities that can turn the polite and civil discourse of a family gathering into a shouting match faster than a game of Monopoly. The latest edition replaces the designated banker with an intelligent, voice-activated top hat that handles all of the game’s financial transactions, giving players an outlet for their frustrations, without hurting anyone’s feelings. As intelligent voice assistants like Siri, Alexa, and Google Assistant have become more common and more capable, there have been a handful of board games that use them as quiz masters, scorekeepers, or even just impartial timers. But since they require players to have access to a smartphone or a smart speaker, limiting their accessibility, and since board games are most often played by children, they also raise privacy issues. So for Monopoly Voice Banking, Hasbro included its own smart assistant that doesn’t need access to your wi-fi network. Arriving July 1 for $30, which is about $10 more than the basic version of the game, Monopoly Voice Banking features none other than Rich Uncle Pennybags himself as the voice of the virtual assistant—although he’s apparently now simply known as Mr. Monopoly.

The darkness of “Avengers: Endgame” has passed. Peter Parker (Tom Holland) starts web-swinging again in “Spider-Man: Far from Home.” The second solo Spider-Man for Holland after 2017’s “Spider-Man: Homecoming” has his Parker leaving the country, and eager to make romantic headway with MJ (Zendaya) during a class trip to Europe. But Parker is pulled back into world-saving along with longtime comic-book rival Mysterio, played by Jake Gyllenhaal. While “Far from Home” opens July 2, the first social reactions from critics spun out Thursday, ahead of the full reviews, which will hit on June 27. So far, the reactions have been overwhelmingly positive. USA TODAY’s Brian Truitt didn’t love it as much as 2017’s “Spider-Man: Homecoming,” but praised the film as a “fun ode to teen romance.” “It’s still a rad take on bearing the weight of great expectations and a fun ode to teen romance. Tom Holland continues to be amazing,” Truitt tweeted, giving a shout-out to the ensemble cast. “Zendaya’s MJ is just as cool as (‘Black Panther’s) Shuri and Jake G’s an inspired choice for Mysterio.”

Lobo Now Has His Own Show

Comics’ “ultimate bastich” is coming to TV. NBCUniversal’s Syfy network said it would develop a new series featuring the DC Comics character Lobo with Warner Horizon Scripted Television. The alien bounty hunter, originally created as a spoof of ultra-violent figures from rival Marvel like Wolverine or The Punisher, makes an appearance in the second season of Syfy’s “Krypton,” which debuts Wednesday on the network. Lobo has long been portrayed as one of the strongest and most dangerous characters in the DC Universe — and one of its most foul-mouthed (“bastich” is one of the character’s favorite epithets). Cameron Welsh, executive producer of “Krypton,” will serve as executive producer and writer of the new series. Emmett J. Scanlan plays the character in “Krypton,” and is expected to star as the character in the spin-off. Lobo first appeared in the comics in 1983, introduced as a villain. Over time, however, he became a hero, albeit one who did not use the most honorable methods. DC even gave the character his own comic book between 1993 and 1999.