Disney+ surpassed 10 million subscribers in its first day, the company announced today. Disney’s announcement comes after Apptopia reported that the Disney+ app has been downloaded more than 3.2 million times. That’s despite tech problems that affected the service throughout the day. The Mandalorian, the live-action Star Wars show easily considered the crown jewel of Disney’s streaming service, saw north of 2 million streams over the first day, according to people familiar with the matter. That number has more than likely grown due to overnight and second day viewing. By the end of the day, Disney+ was also the top app in the App Store, according to Apptopia. Launching with a bundle — ESPN+ and ad-supported Hulu — also helped bump up both apps in app stores, according to Apptopia’s report. Sources familiar with the matter told The Verge that the bundle also saw a notable increase in sign-ups following the launch of Disney+.   Read More

Marvel vs. DC: Avengers directors making a docuseries on the rivalry 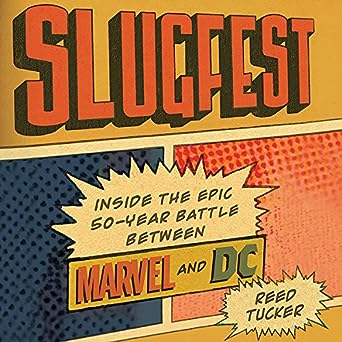 Who’s the better superhero: Superman or Captain America? Wonder Woman or Captain Marvel? Iron Man or Batman? The fan debate over who has the best superheroes — Marvel or DC Comics — has raged since the dawn of comics. Now Avengers directors Joe and Anthony Russo want in on the discussion with a new short-form docuseries called Slugfest for the mobile streaming service Quibi, according to Entertainment Weekly. The series is inspired by the 2017 book Slugfest: Inside the Epic, 50-year Battle between Marvel and DC written by Reed Tucker. Slugfest will follow the paths of the two comic book publishing companies, which rose from “scrappy, disregarded roots to establish culture-changing mythologies.”   Read More