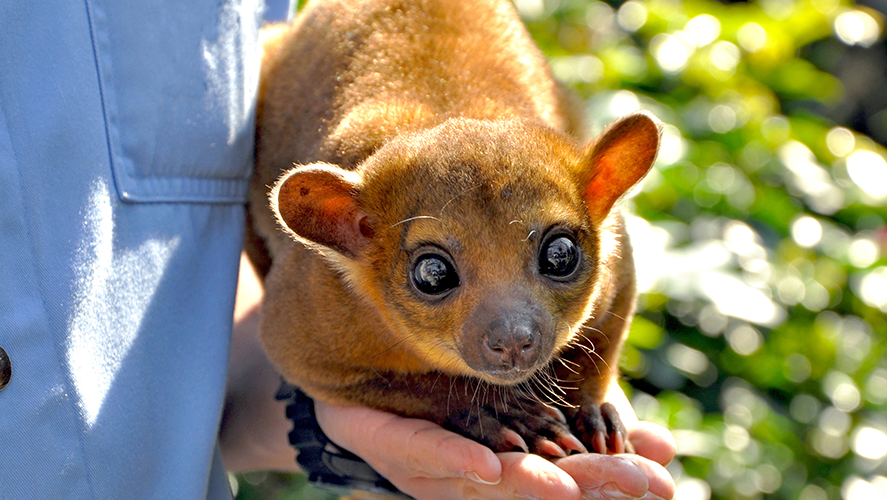 Kinkajous, tiny raccoon-like animals native to Central and South America, are cute. They’re cuddly-looking. And, apparently, they’re ungrateful. A Florida man learned that lesson the hard way after he fed a kinkajou, only to have it attack him the following morning. Michael Literskey, 37, says he saw one of the soft, furry animals outside his girlfriend’s home in Lake Worth on Sunday and left it some watermelon. The adorable creature gobbled it right up. The next morning, Literskey opened the front door to leave for work — and found the animal waiting for him. “The kinkajou immediately attacked him, biting him on the ankles,” according to a Florida Fish and Wildlife Conversation Commission report. When Literskey tried to retreat back into the house, the ferocious animal followed him, continuing the attack. Literskey’s girlfriend, Gillian Hicks, says she thought an intruder had broken in and was killing her boyfriend. “It was not a nice kinkajou,” she says. “It was super aggressive.” And stubborn. It took wildlife officials four hours to remove it from the home.

A feisty, fruit-loving kinkajou fought its way into a Florida home and bit a man's feet in July, wildlife officials say https://t.co/7e3nR2tS9A

Comments
Changes Could Come To Cigarette Packs
Man Flashes Housekeeper, then Falls to his Death While Fleeing Hotel Security
To Top