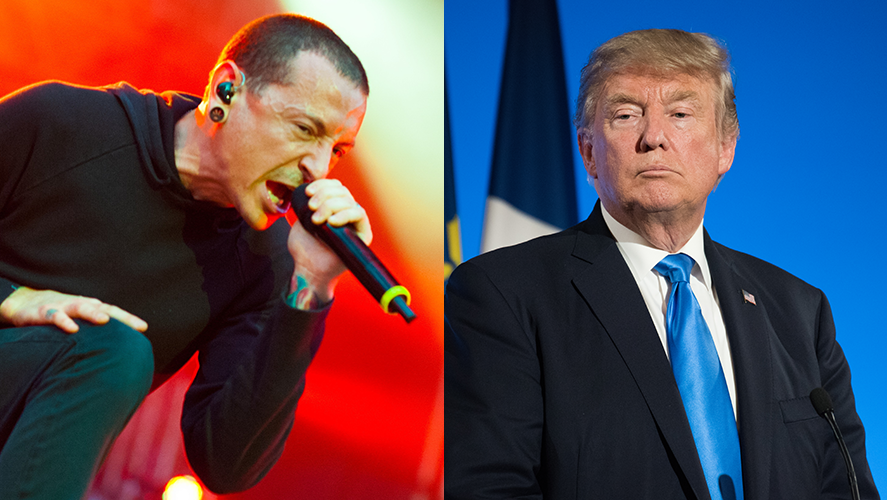 Linkin Park issued a cease-and-desist letter to President Trump after his organization used the band’s song “In The End” for a campaign video.
After the White House’s social media director uploaded the video, the band filed a copyright complaint, sharing the details on Twitter: “Linkin Park did not and does not endorse Trump, nor authorize his organization to use any of our music.”

Linkin Park issue cease and desist after "In the End" appears in Trump video https://t.co/DJy1pnws01

Before it was taken down, fans couldn’t believe they were hearing a Linkin Park song in a Trump campaign video. Fans retweeted a 2017 tweet from late vocalist Chester Bennington, which read: “Trump is a greater threat to the USA than terrorism! We have to take back our voices and stand for what we believe in.” Fans retweeting Chester’s message said the vocalist was “rolling over in his grave” over Trump’s use of “In The End.”

Comments
Boner of the Day for July 20th, 2020
England to Allow Indoor Concerts Beginning Next Month
To Top